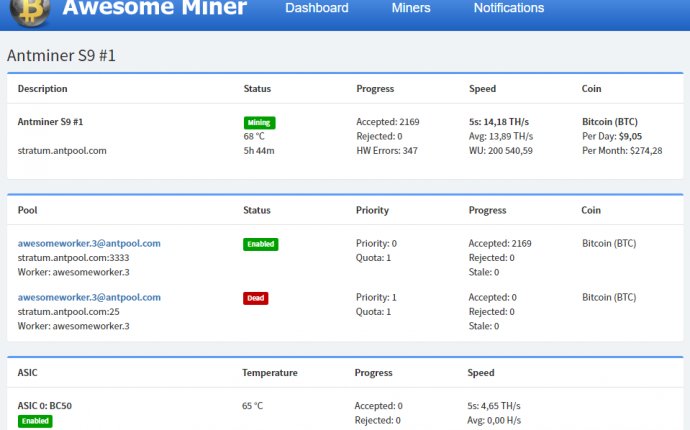 The maker of ad-blocking browser Brave, which plans to give users the option to view ads in exchange for micropayments in bitcoin, has responded to a cease-and-desist letter it received today from members of a major newspaper trade group.

Seventeen members of the Newspaper Association of America (NAA), including The New York Times, The Washington Post, and The Wall Street Journal, sent the letter to Brave, calling the business plan proposed for the browser "blatantly illegal".

Under Brave’s business model, publishers are given 55% of ad-revenue, with 15% apiece given to third-party advertising partners, ad viewers, and Brave itself. The team behind Brave, which includes Mozilla co-founder Brendan Eich, has raised $2.5m to date.

The letter, a full copy of which was obtained by states that the newspapers would hold Brave liable for breach of contract and unfair competition, among other items.

"By engaging in Brave’s plan of advertising replacement, Brave is liable for breach of contract, unauthorized access to our websites, unfair competition, and other causes of action, " the letter states.

CoinDesk has obtained Brave’s response to the NAA’s cease-and-desist letter, reproduced in its entirety below:

"The NAA sent a letter to Brave Software that is filled with false assertions. The NAA has fundamentally misunderstood Brave. Brave is the solution, not the enemy.

The NAA's letter to Brave Software asserts that any browser that blocks and replaces ads on the browser user's device performs "unauthorized republication" of Web content. This is false on its face, since browsers do not "republish", serve, syndicate, or distribute content across the Internet or to any computer other than the one on which they run.

Browsers are the end-point for secure connections, the user agent that actually mediates and combines all the pieces of content, including third-party ads and first-party publisher news stories. Browsers can block, rearrange, mash-up and otherwise make use of any content from any source. If it were the case that Brave's browsers perform "republication", then so too does Safari's Reader mode, and the same goes for any ad-blocker-equipped browser, or the Links text-only browser, or screen readers for the visually impaired.

The NAA letter also falsely asserts that Brave will share an "unspecified percentage of revenue", when our revenue share pie chart has been public and fixed from our first preview release in January. We give the lion's share (pun intended), to websites. With our ad-share model, the default money flow directs up to 70% of ad revenue to site publishers – far greater than the average percentage in the current programmatic display ad ecosystem. Brave keeps 15%, and allows the end-user to choose whether to donate or keep their 15% share. Keeping their share still results in 55% ad rev share to site owners – beating the current average of 40%.

We sympathize with publishers concerned about the damage that pure ad blockers do to their ability to pay their bills via advertising revenue. However, this problem long pre-dates Brave. We categorically reject the claim that browsers perform "republication", and we repeat that Brave has a sound and systematic plan to financially reward publishers. We aim to outperform the invasive third-party ads that we block, with our better, fewer, and privacy-preserving ads.

Finally, we note that malvertisement has gotten onto the websites of the New York Times and the BBC recently through the ill-designed, unregulated, and poorly-delegated third-party advertising technology ecosystem. Truly, this tracker-based ad-tech ecosystem is what is damaging the brand value of content publishers and driving users to adopt ad-blocking software. Brave blocks and replaces only third-party ads and trackers. Our system thus actually repairs the damage that publishers have carelessly allowed their ad partners (and partners' partners, to the seventh degree of separation) do to their trademarked brands and names.

Make no mistake: this NAA letter is the first shot in a war on all ad-blockers, not just on Brave. Though the NAA never reached out to us, we would be happy to sit down with them for an opportunity to discuss how the Brave solution can be a win win. We will fight alongside all citizens of the Internet who deserve and demand a better deal than they are getting from today's increasingly abusive approach to Web advertising."