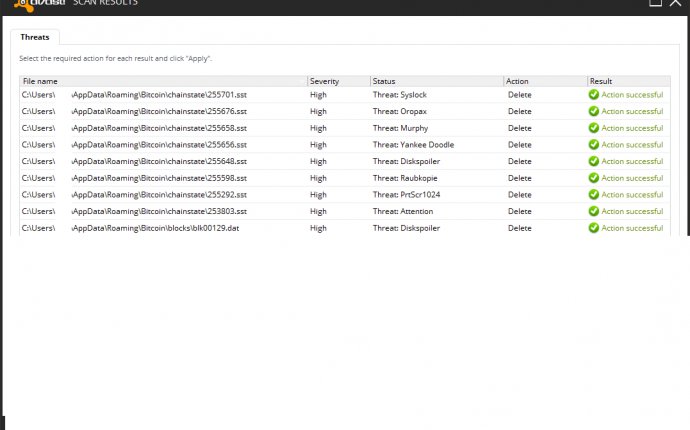 Virus in the blockchain

A curious and probably accidental artefact has popped up in the Bitcoin blockchain, with a user reporting that it's identified as containing a virus by Microsoft's Security Essentials.

The reason El Reg is inclined to think it's accidental: in this discussion on a Microsoft discussion board, user edc678 says MSE is identifying the signature of the STONED virus in the blockchain.

Since STONED is a 27-year-old relic from the DOS days – all it did was pop up a boot message telling users “Your PC is now STONED”. It's believed to hail from New Zealand in 1987.

Given that, it seems unlikely that STONED has been inserted into the blockchain, and far more plausible that a string of bits in the blockchain has managed to reproduce enough of the virus' hexcode to trigger the signature warning.

The user who triggered the discussion remarks only on the inconvenience of having Microsoft Security Essentials keep popping up virus warnings, “as its constant alerts of finding threats in the blockchain is (sic) not only worriesome, but can create panic and negative perception of bitcoin as a whole”.

More than collapsing exchanges, lost Bitcoins, or the increasing regulatory attention the crypto-currency is receiving, even … ®