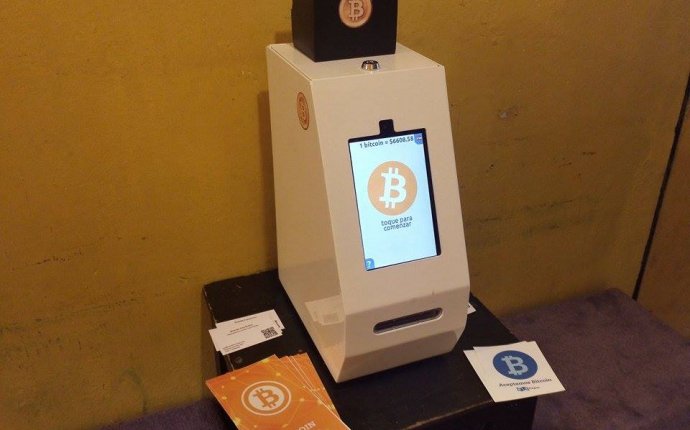 At the moment there about 240 Bitcoin ATMs worldwide. And this happened in less than a year. However, many people compare this to standard bank ATMs, mentioning there are more than 2 million available worldwide today.

Our answer would be: “Yes, and what?” How is it at all can be compared, when bank ATMs are there for more than 40 years now, and here we are talking about totally new concept of digital currency that appeared 5 years ago, and about Bitcoin ATMs that started appearing less than a year ago.

Being interested we decided to find some figures on the bank ATM installations and how they evolved initially.

The history of how bank ATMs were developed is very well described in Wikipedia article. In a nutshell, the first patent was filed in 1960 and the first experimental ATM was installed in 1961, but then was removed in 6 months due to lack of demand. The model was called Bankograph and it “was an automated envelope deposit machine (accepting coins, cash and cheques) and did not have cash dispensing features“.

Returning back to the history, there were many parallel efforts in different countries to develop ATMs and they started to appear in the end of 60-s.

Here is a video of the bank ATM introduction in Australia in 1969 :

The questions asked by the interviewer and answers are just fascinating:

Q: “Once the card is put into the machine it disappears, it is not returned. How does the client get it back?”
A: “The machine retains the card and then it is forwarded back to the client by the fast as possible means, once the bank account is being debited”

Q: “It only pays 25 dollars. What happens if somebody wants more than 25 dollars?”
A: “In that case it will be best if they make arrangement with their local bank manager to overcome this problem”

I just can’t image how many complaints there will be today if people were provided with such a bank ATM dispensing out only envelops with 25 dollars.

And hasn’t this video reminded anything? Yes, many intro videos made with participation of Bitcoin ATM manufacturer companies representatives. For example this one, where Zach Harvey from Lamassu was interviewed and explained how the Bitcoin ATM works:

Coming back to the history comparison. Officially, the year of the first bank ATM installation using the magnetic card can be assumed as 1969. It was a Docutel ATM, it was sold to New York’s Chemical Bank, which installed it in 1969 at its Rockville Center (Long Island, N.Y.) office [source]. There were other installations of ATMs before, like the one from Barclays Bank in 1967, but they didn’t use magnetic card – customers were provided with paper vouchers, which then could be fed to machine and it dispensed a single £10 note.

The development of bank ATM was accelerated by the so called shared ATM networks. That means the customer of one bank could use the ATM from another bank. This was of much convenience for the customers. But applying this advantage to Bitcoin – we don’t even need those shared networks, because Bitcoin is already decentralized and is not particularly connected to any service provider.

There are two charts for the number of bank ATMs installed:

Source: A Guide to the ATM and Debit Card Industry

Both show the growth of bank ATM installations. However, the earliest data available is for the year 1978 – with about 10, 000 bank ATMs installed worldwide.