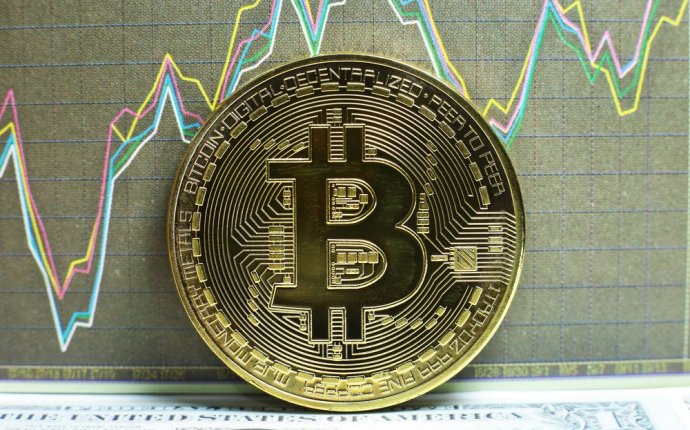 The following post reflects the opinion of the author and is not to be seen as any investment advice. Whenever investing in Bitcoin (or anything else) you are putting your money at risk and should do this at your own risk. In short, THIS IS NOT INVESTMENT ADICE!

Over the past several months bitcoin prices have increased substantially, rising from less than $250 last fall to over $650 in July. For people who have been investing in bitcoin, this should come as no surprise. After all, the currency was designed from the basic code on up to gain value over the years. Still, the dramatic climb over the last few months is definitely something worth digging into, and for newer investors, understanding this price increase is essential.

So why are bitcoin prices so high? As a currency, bitcoin can be impacted by a large number of events and issues, so there is no single answer. We will, however, explore some of the biggest factors in bitcoin’s recent climb, and also consider some events and scenarios that could push bitcoin prices up even further in the future.

It’s All About Supply and Demand

Supply and demand are the two most fundamental concepts in modern economics, and they have a dramatic impact on one another. If demand outstrips supply, then prices tend to rise. However, if supply is greater than demand, prices tend to drop. This is true in every deregulated market, and is essential for understanding the increase in Bitcoin’s price. The higher the demand for bitcoin, the higher prices will be.

As for supply, Bitcoin’s supply is relegated by the currency itself. Bitcoin founder Natoshi Nakamoto stipulated that the maximum supply of bitcoin be set at 21 million. Meaning once 21 million bitcoins are mined, no more new coins will ever enter circulation. This is in stark contrast to most national currencies. Governments generally increase the money supply every year, which is one of the key reasons for inflation and the gradual devaluation of currencies.

What’s more, the number of bitcoins created after each mined block is gradually decreasing. Approximately every four years, the number of bitcoins rewarded for mining a block is cut in half. On July 9th, 2016, the supply of new bitcoins was cut from 25 to 12.5. This reduction in new coins helps to bolster bitcoin’s exchange rate, and helps explains why bitcoin has increased so much over the last few months, though other events have also had an impact.

So Why Do Bitcoin Prices Vary From Market to Market?

Different bitcoin exchanges often display different prices for bitcoins. Prices generally stabilize over the long hall, but at times prices can vary wildly from market to market. Part of this is due to that fact that there is no central marketplace, and thus supply and demand can vary from market to market. If the majority of bitcoin investors are bullish (i.e. wanting to buy) in one exchange, prices will likely trend upwards. Likewise, if bitcoin investors are bearish (i.e. wanting to sell) in another market, they will probably trend downwards. Both events can happen at the same time, with prices pressures differing from market to market.

Other factors, such as fees, the perceived legitimacy and stability of the exchanges themselves, and low volumes, among other things, can all impact prices in individual exchanges. When you are trading bitcoin, don’t always jump at the cheapest coins, but also consider the exchanges themselves. For example, before Mt.Gox collapsed Bitcoins were sold for more than 50% less of the regular market price. The reason is because people didn’t believe that they will be able to withdraw their money from that exchange so they went on a selling spree.

Further, supply and demand can be heavily impacted by local conditions. If an exchange is based in Europe, and caters mostly to European investors, and a big local event dramatically changes supply and demand, prices might change rapidly in the European market, even if they stay stable in other markets (e.g. the recent Brexit caused Bitcoin’s price to trend up).

So What Events Can Impact Bitcoin?

There are many events that can impact the price and value of bitcoins. We can’t go over all of them, not in one article, but we can highlight some of the biggest, most common, and most important events. As we go through some examples, remember that it all largely boils down to supply and demand. In other words, the events are having an impact on supply and demand itself.

First, it’s important to understand that bitcoin has taken on the role of a “safe haven” investment vehicle. Certain investments, such as bitcoin and gold, become favored when markets are turbulent. This is because investors are looking for safe havens because other investments, like stocks and options, simply appear to be too high risk to invest in.

Right now, the global economy looks quite dangerous. China is dealing with bad loans and a potential asset bubble, among other things. The European Union and the United Kingdom are still dealing with the fallout from the Brexit vote. Spain, Italy, and Greece, among others, are struggling with poor public finances, high unemployment, and other serious challenges. With stock markets looking so turbulent, safe havens like bitcoin look very attractive.

So why is bitcoin a safe haven? One of the primary reasons bitcoin is viewed as a safe haven is because of its limited supply. When national economies are struggling, governments tend to print up new money, which reduces the value of individual dollars, pounds, etc. This means that even cash itself is not a safe investment during a downturn.

Other events can also impact bitcoin. For example, a major company might announce that they will start accepting bitcoin, or national regulators could announce new regulations. Add in scandals, like when the Mt. Gox Exchange collapsed, and you’ll quickly see that there are many events that bitcoin investors must watch out for.

Predicting the Rise and Fall in Bitcoin Prices

First, there is no magic formula or way to predict the rise and fall in bitcoin prices with 100 percent accuracy. That being said, we can offer some information to get you started. Remember, however, that the biggest factor is supply and demand.

There are two types of bitcoin investors, fundamental investors, who use a mix of quantitative and qualitative data to invest in bitcoin, usually for long period of time, and technical investors who focus almost exclusively on quantitative data, and generally only invest with the intent to hold bitcoins for only a few days, hours, or even minutes.