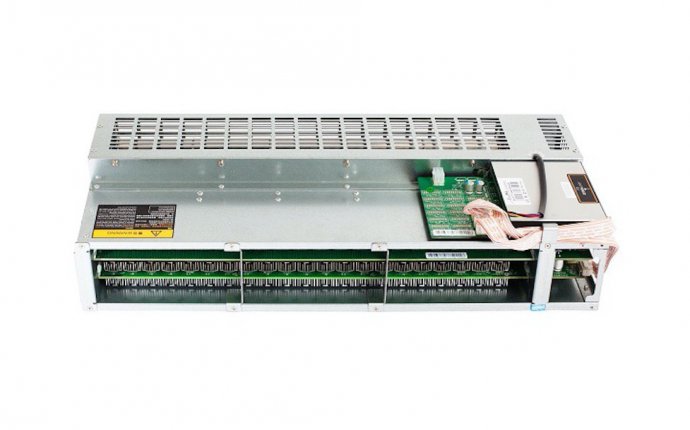 AMD's flagship graphics card, the Radeon R9 290X, is difficult to find. Newegg, a popular PC component digital storefront is (as I write this) completely sold out, while Amazon's third-party sellers are offering just a handful at inflated prices. This is not a new phenomenon - AMD's cards have been difficult to find for months.

The R9 290X was designed to offer PC gamers unprecedented graphical power, competing with NVIDIA's Geforce GTX780. But rather than PC gamers, much of the demand for AMD's card is coming from the cryptocurrency community. Unfortunately for AMD, this could weigh on its attempt to construct a video card ecosystem, something it is working hard to build.

Not all demand is the same
Admittedly, my premise may sound nonsensical - why on earth should outrageous demand be seen as a negative? If AMD is selling more graphics cards, shouldn't that be a positive for the company? In the short run, it most definitely is. But for long-term shareholders, it could limit AMD's growth.

Although AMD's R9 290X was made for PC gaming, much of the demand for AMD's graphics cards isn't coming from PC gamers. Instead, the cryptocurrency community appears to be the driving force behind the record demand AMD is seeing.

Producing cryptocurrency (Bitcoin being the most famous example) requires "mining" - roughly speaking, computers work to solve a series of high-level math problems that become more difficult over time. For the most part, faster computers with better parts are better at mining than slower computers with less-expensive parts.

Because of their unique architecture, AMD's high-end graphics cards are better suited for cryptocurrency mining than NVIDIA's - able to produce far more coins in a much shorter period of time.Last month, iBuyPower, a company that specializes in building custom, high-end PC gaming rigs, unveiled a new PC targeted specifically at cryptocurrency miners. Notably, it comes equipped with AMD graphics cards.

To be fair, Bitcoin has been around for too long at this point for AMD's cards to be effective in the mining process; the problems have become so complex that Bitcoin miners have turned to speciality processors. That said, the larger Bitcoin craze has produced a number of alternative currencies, including Litecoin and Dogecoin, that can be mined with AMD cards and exchanged for Bitcoin.

Dueling ecosystems
Given that AMD's cards have become difficult to find and expensive to buy, PC gamers, looking to update their graphics cards, might be far more inclined to choose a high-end NVIDIA card over a rival part from AMD.

This is important, because right now both companies - AMD and NVIDIA - are working to build ecosystems around their proprietary technology.

AMD is pushing Mantle, a new graphics API that promises better performance. When coding PC games, developers use APIs and SDKs to get their games to run on a variety of different hardware. AMD is working with a number of companies, including Square Enix, to build Mantle support into its upcoming PC games.

Games written for Mantle perform (sometimes far) better when played on PCs equipped with newer AMD cards. It would be in AMD's best interest to get as many gamers using AMD cards as possible, so that more developers support Mantle, in turn driving more demand for AMD's cards.

NVIDIA, meanwhile, has something similar, though quite different, in the works. Rather than create an API, NVIDIA is pushing a technology called G-Sync, which promises to improve the performance of PC games when paired with G-Sync compatible monitors.

PC gamers may purchase a new graphics card on a regular basis, but they may stick with the same monitor for years. If they buy a new NVIDIA card, and pair it with a matching, G-Sync compatible monitor, they're likely to be NVIDIA customers so long as they have that display.

Short-term gain, long-term pain
The craze around Bitcoin and other alternative crypto currencies has created record demand for AMD's graphics cards. While that might benefit AMD in the short run, in the long run, it could prove painful.

In order for AMD's Mantle initiative to succeed, it needs gamers to buy in - hard to do when miners are making it difficult, if not impossible, to acquire AMD's video cards.

Unable to find an R9 290X in stock, gamers could turn to NVIDIA and the promise of its G-Sync technology. Ensnared in NVIDIA's upstart ecosystem, they could remain NVIDIA customers long after the Bitcoin craze has faded from memory.