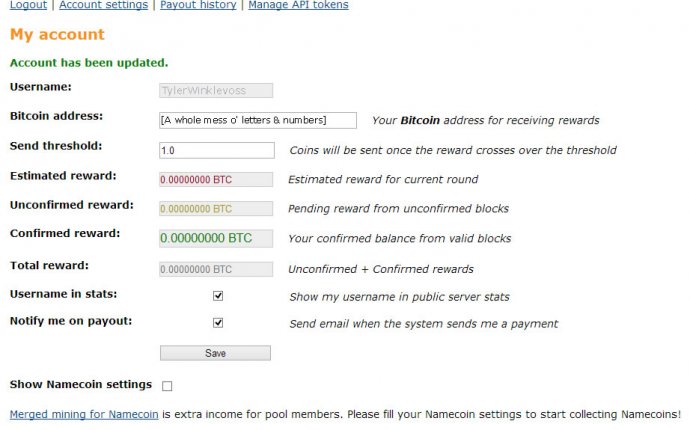 Brought to you by the folks at Blockchain.info, the My Wallet service allows you to send and receive Bitcoin payments instantaneously. This Chrome app integrates that service into your browser, allowing it to act as a standalone entity that can even be run while offline.

Offering the transparency of open source, the security of client side encryption, and the affordability of no added transaction fees, My Wallet is quickly becoming the gold standard. Easy to use even for BTC beginners, this extension provides real-time conversion in over twenty popular currencies.

HappyHashes is an interesting Chrome extension which has several practical uses, one involving Bitcoin wallet addresses. While activated, the extension automatically transforms each hash string found within the current Web page to four English words. This conversion is achieved by passing the hash into the SHA-1 function, eventually resulting in four 10-byte strings. These are then converted to a decimal value, each mapped to a word in an expansive list. Although a collision is technically possible (the extension's developer claims the probability at 24, 000^4 to 1), it is highly unlikely that you will encounter such a situation.

This set of four words can now be used for a variety of purposes, including making communication with others much simpler. HappyHashes can be toggled off and on by clicking on the extension's smiley face button, located to the right of the browser's omnibox. This toggle action causes the actual hash string to be displayed while in the off position, and the four word combination to be shown when on.

Firefox's Search Bar allows you to easily submit keywords to a number of popular engines such as Google and Bing, as well as several shopping sites like Amazon and a number of social media venues including Twitter. The Bitcoin Block Explorer add-on incorporates yet another type of engine into this handy component, one that returns details about addresses, blocks, and transactions found within the Bitcoin blockchain. This search can be initiated by entering one of a number of items, either partially or in full. These include addresses, block hashes, block numbers, hash160, public keys, and transaction hashes.

Another unique extension with a number of practical uses, depending on what your goals are, Bitcoin Microformats scans the source code of each Web page that you visit. If one or more Bitcoin addresses is detected, an orange and white button appears in Chrome's omnibox. Located right next to the Bookmark Star, this button displays all Bitcoin addresses embedded in the current page's code. URLs accompanied by the link tag are also provided.