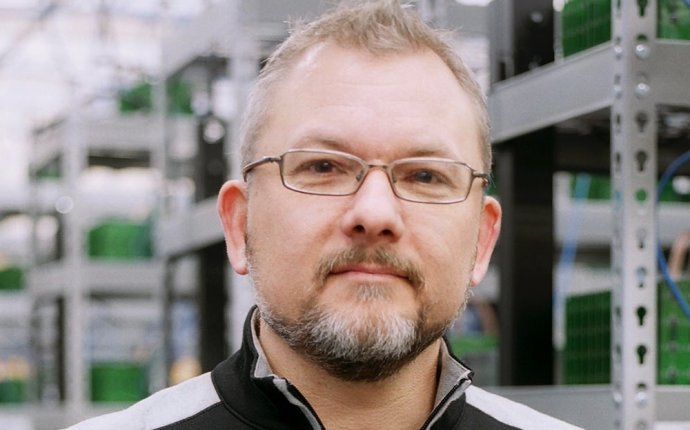 Joel Flickinger’s two-bedroom home in the hills above Oakland, Calif., hums with custom-built computing gear. Just inside the front door, in a room anyone else might use as a den, he’s placed a desk next to a fireplace that supports a massive monitor, with cables snaking right and left toward two computers, each about the size of a case of beer. Flickinger has spent more than $20, 000 on these rigs and on a slower model that runs from the basement. They operate continuously, cranking out enough heat to warm the house and racking up $400 a month in electric bills. There isn’t much by way of décor, other than handwritten inspirational Post-it notes:
“I make money easily, ” one reads.
“Money flows to me.”
“I am a money magnet.”
Flickinger, 37, a software engineer and IT consultant by trade, doesn’t leave the house much these days. He’s a full-time Bitcoin miner.

Bitcoin is the digital currency that thrills nerds, inspires libertarians, and incites the passions of economists who debate the value of money made from nothing but ones and zeroes. Devotees watch the fluctuations of Bitcoin’s price with a fanaticism typically reserved for college football scores. Alternative currency startups are being lavishly funded by venture capitalists while visionaries gush about the world-changing possibilities of money free from government control. Silicon Valley is the natural center for Bitcoin mania. An advocacy group named Arisebitcoin recently put up 40 billboards around the Bay Area with messages such as: “The Revolution has started … where do you stand?”

As with an actual precious metal, Bitcoins are in limited supply—they must be “mined.” Unlike with precious metals, this mining is done purely by computer. Miners set their machines to run a series of complex calculations that tally up and certify all the transactions of other Bitcoin holders around the world. If the miner’s computers complete these calculations and solve a complex mathematical puzzle before anyone else, he earns about 25 Bitcoins as payment. It’s a nice haul: With the price of each Bitcoin nosing up near $1, 000, that’s $25, 000 for 10 minutes or so of work. For the moment at least, miners are the rare grunts who can also get rich.

Over the past six months the price of a Bitcoin has shot up, dived, shot up again—and kept on rising, making Bitcoin mining one of the most frenzied corners in technology. Engineers are racing to design and build unique chips that crunch Bitcoin algorithms at high speeds. Thousands of entrepreneurs like Flickinger are betting that their ability to harness these complex computer systems will make them rich—and maybe create a new world order along the way.

Joel Flickinger, in his Oakland (Calif.) home, which doubles as a Bitcoin mine

Flickinger is part of a group called Give Me Coins that pools together its computing power to have a better shot at verifying transactions and solving the cryptographic puzzles first. He spends much of his time chatting online and monitoring his account on Give-Me-Coins.com, which shows the group’s progress and his share in the work. His setup currently accounts for about 10 percent of its total computing muscle.