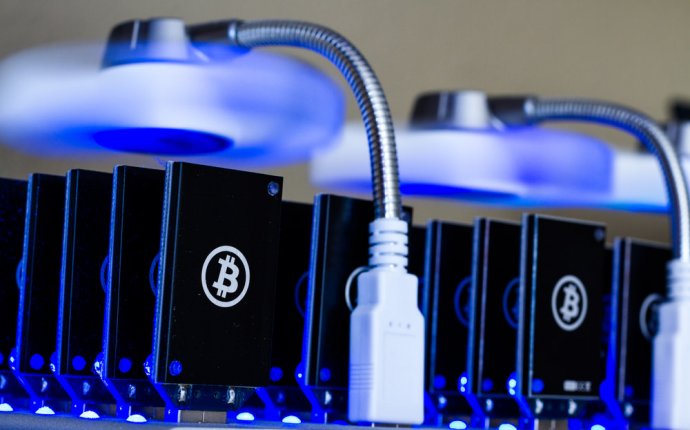 SHA-256 and Scrypt are the two most common algorithm systems used by cryptocurrency miners in order to authenticate blocks of transaction data. The system used, unfortunately, is not up to the miners; it's set by the developers of a given type of currency. When you go to cryptocurrency discussion boards and forums, you'll find there's a vigorous debate between the two algorithms. We'll look at the two types, and the arguments being made for and against them.

Before jumping into that, however, let's talk hash in a little more detail. The term refers to complex mathematical computations that are required in order for successful mining to take place, and you'll often see “hash rates” listed along with hardware created for digital currency mining. The higher the hash rate required for successful mining, the longer and more difficult the process will be for miners; this is expressed as the “hash difficulty” of a given type of currency. Here are some of the hash rate abbreviations you'll see, and what they mean:

When you start counting in the quadrillions (that's a one followed by fifteen zeroes, or 1, 000, 000, 000, 000, 000), you're talking about almost incomprehensible numbers—and that many computations will take some serious machinery, well beyond the capability of desktop and laptop computers. Generally speaking, once the hash difficulty is up in the GH/s territory or higher, the energy, time and resource dedication required can become prohibitive for many individual miners. As a result, they'll need to consider either application-specific integrated circuits (ASICs), which are chips and dedicated units that exist solely for mining purposes and can be attached to existing computers, or separate high-power mining machines altogether.

As hash difficulty increases, so do the hash rates required in order to successfully mine coins. This highlights the main difference between the SHA-256 and Scrypt cryptocurrency mining algorithms.

SHA-256 is the more complex of the two, and it's used by Bitcoin and most of the currencies based upon its code. Data block processing with SHA-256 tends to be slower—transaction turnaround times, as a result, are measured in minutes as opposed to seconds—but it's argued that it's also more thorough and leaves less room for error. Its advocates also say it's better for overall data security. Successful mining of coins using SHA-256 often requires hash rates at the gigahashes per second (GH/s) range or higher; this means it's generally more difficult for individual miners to use; those who do often employ an ASIC or some other separate computing device set up to perform only mining tasks. Since some miners can't devote a machine—or at least an ASIC—to the task of mining, they often join mining pools (we'll discuss those in the next section).

Scrypt is the quicker and more simple algorithm of the two, and as new digital currencies are being introduced, more of them are favoring it over SHA-256. Scrypt is much easier to run on an already-existing CPU, and tends to use up less energy than using SHA-256; as a result, it's favored by most individual miners. In comparison to SHA-256, Scrypt's hash rates for successful coin mining generally range in the kilohashes per second (KH/s) or megahashes per second (MH/s) areas of difficulty, which can be achieved with regular computers without the need of ASICs or other hardware. Some argue this simpler system is more susceptible to security issues, since fast transaction turnaround times can mean the system is taking a less thorough look at the data. Its advocates point out, however, that hasn't as of yet presented a real-world problem.

Over time, hash difficulties for the more popular currencies that use the SHA-256 mining algorithm—such as Bitcoin—are expected to rise; this may very well restrict the mining of such currencies to mining pools or individual miners who can devote hardware, energy and time to the process. As as result, it's expected that digital currencies which use Scrypt will see a comparable rise in popularity, based upon the ease of mining alone.
Meet other miners and investors by registering a free account on our social community, and participate in conversations about this topic.