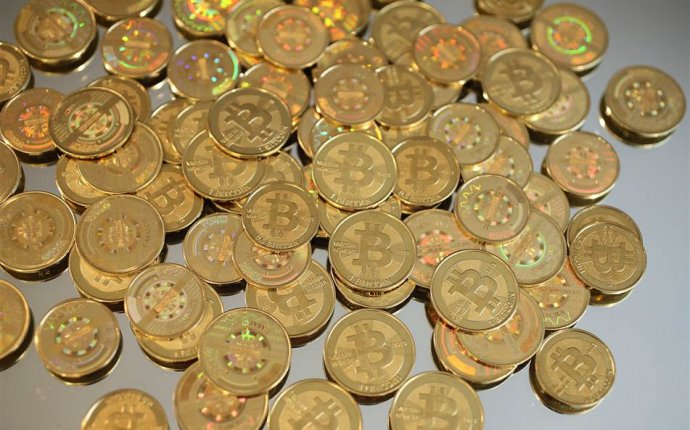 For Steve Vittitoe, bitcoin is a fun way to make some extra money.

This unassuming 31-year-old family man, who is a computer programmer for a cybersecurity firm, runs a mini bitcoin-mining operation from the basement of his home in Valparaiso, Ind.

"It's as if there's a machine in my corner printing money, " Vittitoe said.

In one corner of his basement he has set up a rack of specially equipped computers. These are called "miners" in the world of bitcoin. The machines run 24 hours a day, competing against other computers around the world to solve complex math problems. The first computer, or group of computers, that solve the problem receives a fixed amount of bitcoins.

Read MoreBitcoin's back to the wall as it fights to survive

Vittitoe, who has done well so far, doesn't mind the volatility.

How much has he made? Enough to pay for his son's private preschool and more.

Click here for the full documentary of "The Bitcoin Uprising"

What Vittitoe calls a "fun experiment" nets him less than 5 percent of his total income. His partner provides most of the computers so he gets most of the bitcoins, and Vittitoe covers the cost of electricity which can be more than $500 a month.

Eleven hundred miles to the south of Vittitoe, in Austin, Texas, a start-up company sees mining as a business, not an experiment.

The megaminer Cloud Hashing expects its nearly 3, 000 computers in Dallas and Iceland to produce $100 million worth of bitcoins this year, divvied up between investors who buy contracts from Cloud Hashing.

Abiodun, a former programmer for JPMorgan Chase, didn't buy into the bitcoin uprising at first.

"I thought bitcoin was a scam back then, " he said.

His conversion came studying the program. Abiodun said he saw it's potential to revolutionize the existing payment system.

"This thing is solid, this is well-written. This thing is going to really solve a lot of problems, " Abiodun said.