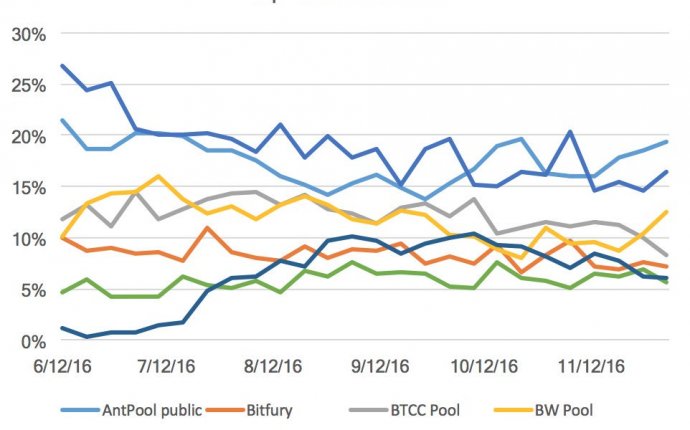 Thousands strong, they whir day and night, solving the complex math riddles that are essential to verifying transactions on the hottest new platform in the world of cryptocurrencies and blockchains. Without these machines, or those deployed by Streng’s biggest rivals, there would be no Ethereum.

But mining, as the practice is called, is costly and inefficient and, frankly, a bit weird. And Ethereum’s developers have always envisioned a time in which the cumbersome process of brute-force computing would be replaced by a system that relies simply on collateral. That time, some four years after the network was first proposed, is now. The developers want to put this “proof-of-stake” model, called Casper, into place by year-end.

The stakes are high. If Ethereum is going to take advantage of the potential that companies like JPMorgan, Microsoft and IBM see in its underlying transaction technology, the blockchain, as the potential backbone that could reshape modern business and finance, it needs to gain wide adoption to become something of a de facto standard.

Without mining, Ethereum “will be more usable, more secure and more scalable too, ” said Vlad Zamfir, who’s been working on Casper since 2014.

The main draw of the blockchain is that it’s a cryptographically secured list of transactions that can be shared, which backers say could dramatically improve how financial services, supply-chain and health-care industries are run. (Think immediate settlement of bank transfers and securities trades, as well as near-real-time tracking of food products or research samples.) Ethereum also allows for the use of “smart contracts, ” or pieces of computer code that make the terms of such agreements operate automatically.

Miners have been critical to the growth of Ethereum. The market for ether, the digital currency used to pay miners who support the network, has soared 90 percent this year alone. It’s the second-most popular cryptocurrency behind bitcoin, which has gained 24 percent in the same span, setting records almost every day as investors look to hedge against potential global uncertainty and hope for a bitcoin-based exchange-traded fund to get regulatory approval.

Even before Ethereum was first released in 2015, developers had envisioned moving away from the mining-based model, known among tech geeks as “proof-of-work.”

As the network gets more popular, the computations the miners need to complete to validate transactions get harder and harder. Not only has this created the potential for bottlenecks, like those already plaguing bitcoin, but it’s also set off an environmentally taxing arms race among the biggest miners, which run server farms consuming vast amounts of electricity.

And to many techno-utopian enthusiasts, using all that computing power to continually solve what amounts to pointless problems is a big waste.

That’s where Casper comes in.

Rather than rewarding miners with the most computing power, the “proof-of-stake” model requires that users put up collateral if they want to collect fees for validating transactions. The more collateral you put up, the more money you can get paid for verifying transactions.

It would take power away from miners like Streng, who have to approve software changes, and make it easier to implement improvements on the fly. A handful of bitcoin miners in China have already hamstrung some attempts to increase that cryptocurrency’s capacity. (Miners can’t vote against the switch.)

Your cheat sheet on life, in one weekly email.

Get our weekly Game Plan newsletter.

Hyperledger, a blockchain venture with more than than 100 members including IBM, JPMorgan and American Express, could adopt Ethereum’s “proof-of-stake” model if it’s successful, according to Brian Behlendorf, the consortium’s executive director. It could also help put the network in “a league of our own, ” Andrew Keys, head of global business development at startup ConsenSys, the world’s largest Ethereum-centric blockchain software engineering company.

Casper’s rollout has been delayed before. And the use of deposits potentially increases the risk of hacking. (While Zamfir said he’s working to make sure hackers can’t steal deposits, he couldn’t rule out the possibility, however remote, that an attack could, in effect, delete the money.)

Streng, who stands to lose out if Casper is implemented, is wary.

“There’s a lot of incentive for people to game the system, ” he said.

Trust in Ethereum was badly shaken last summer, when a hacker stole millions from a project called the DAO. Developers had to rush to implement a software change, which ended up splitting the Ethereum community in two. Now, each operates its own, separate blockchain.

Zamfir says the benefits outweigh the risks. One of the biggest is “transaction finality.” Unlike most blockchain technologies, which require multiple verifications, settlement on Casper can occur much faster. With some enhancements, the feature could ultimately enable Ethereum to process more payments faster - a key selling point for financial companies.

Mona El Isa, a former Goldman Sachs trader who runs Melonport AG, which builds software for fund managers who invest in digital assets on Ethereum, is confident that developers can work out any kinks with Casper.

“In these early stages of this new technology, you can’t expect everything to go right, ” El Isa said.

If Casper ultimately happens, Streng says it won’t be the end of the world. He can redeploy his servers to mine other cryptocurrencies or become a depositor on Ethereum instead. But he isn’t holding his breath just yet. Implementing such a sweeping change isn’t going to be easy and it’s still possible the plan could be scrapped altogether, he says.

“The developers have very bright minds, ” he said. Nevertheless, “they wouldn’t risk the Ethereum network, in my opinion.”