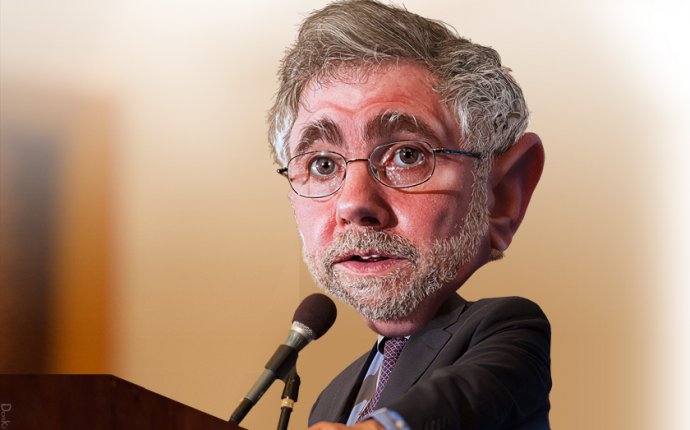 Paul Krugman, one of the most well-known economists currently serving the University of New York as a Professor of Economics, was harshly criticized by the Bitcoin community, experts, analysts and journalists this past week due to his inevident and inaccurate remarks on Bitcoin.

Krugman, who has consistently dismissed the underlying concept of Bitcoin and condemned the idea of having a currency without a central government or administrator, criticized the immutability of Bitcoin on social media.

“Whoops - forgot Mulvaney's Bitcoin derp: “He praised Bitcoin as a currency that is "not manipulatable by any government.”

Interestingly, Krugman released his statement on Bitcoin amid its best price rally in 2016. By Dec. 20, the day Krugman expressed his skepticism towards Bitcoin, the value of the digital currency was on its way to reaching multi-month highs and its all-time high market cap, due to the rising demand from people in countries like China and India looking for an alternative to failed government-based banking systems.

One important element of today’s financial industry which Krugman failed to understand is the rapid emergence of FinTech and Bitcoin companies that are gradually taking over the market share of dominant banking groups and financial service providers.

Thus, during the period when traditional economists like Krugman called for impractical solutions to fix the economy, Bitcoin and FinTech companies were already providing innovative services and focusing on the development of next-generation technologies to offer the general population with reliable financial services.

As an example, if Bitcoin was not present during the period when the Indian economy experienced turmoil and its people were only permitted to withdraw less than $150 a day, the Indian population wouldn’t have been able to obtain enough capital to support their daily living.

Additionally, most of Krugman’s criticisms of Bitcoin were proven to be false and completely inaccurate. Kyle Torpey, a Bitcoin journalist, also provided a counterargument to the uninformed claims of Krugman, stating: