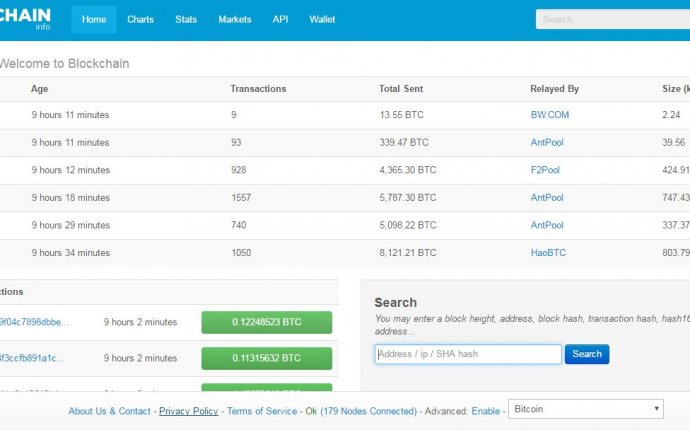 Where to get Bitcoin?

First, what is Bitcoin and where did it come from?

Bitcoin (BTC) is a cryptocurrency payment system based off of the blockchain, a core component of the digital currency. The blockchain was introduced by a pseudonymous creator, Satoshi Nakamoto, in 2008 and open sourced for the currency in 2009. The blockchain serves as a public ledger that records all Bitcoin transactions. One of Bitcoin’s main features is the fact that the system is a decentralized peer-to-peer payment network with no central authority, which means that it provides a certain level of anonymity with no central point of failure, though most services and business that use Bitcoin are centralized in one way or another. While there are numerous legitimate uses for Bitcoin like investing, paying friends or shopping, a number of criminals have adopted the currency for selling services and deploying ransom campaigns due to its level of anonymity.

Before you can purchase Bitcoin, you will need somewhere to store it. An online Bitcoin wallet and exchange is accessible via the web from a browser or a cellphone. Some exchanges like Coinbase even offer an application for both Android and iPhone that makes buying and selling Bitcoin and in-store purchases very simple. Paper wallets are a form of cold storage with the address and private keys printed on them from offline computers. By printing the paper wallets offline, the exposure for your wallet being compromised is greatly reduced. There are even hardware wallets specifically designed to securely hold your Bitcoin. Once you have a wallet, you will then be able to buy and deposit your Bitcoin along with sending and receiving it.

How to Purchase Bitcoin

Users wishing to invest, purchase or shop using the digital currency only have to take a few basic steps before being able to use Bitcoin. You can either purchase it online at a number of digital exchanges or locally at a Bitcoin ATM. Another way to accumulate it is to accept it for goods and services.

There are a number of online exchanges you can use to purchase Bitcoin. Exchanges like Kraken, BitStamp, and OkCon all offer services where you can buy it online. Coinbase is one of my favorite online exchanges and one I use personally. Their app is very user friendly and convenient to use.

On Coinbase you can convert your local currency into and out of Bitcoin and ethereum, another cryptocurrency, by linking your wallet to your bank account. You can also use debit and credit cards to purchase BTC on Coinbase. Coinbase allows users the ability to buy and sell items with their app at local vendors as well. To send money you can simply enter the recipients’ BTC address, but if you are purchasing from a local vendor you can use the app to scan the merchant’s Bitcoin address displayed in the form of a QR code.

Coinbase also provides a great interface for watching the digital market so you can buy low and sell high, as the value of Bitcoin does rise and fall like the normal stock market.

You can also purchase Bitcoin at a Bitcoin ATM if there is one nearby. Here in Brooklyn we have several of them that allow you the ability to purchase and sell Bitcoin at a physical location. Most of the ATMs around here are made by three different companies, BitCOIN, CoinBTM, and CoinSource. My local deli has a two-way Genesis ATM. Limits are varied based on verification status but the machines limit, according to the manufacturer, lets you buy $9, 000 USD and sell $2, 980 USD a day. Buyer fees range between 7 and 15 percent while selling fees are 3.5% across the board.

Where can I use Bitcoin?

So who uses Bitcoin and where can you use it? A lot of merchants have adopted or used Bitcoin in one way or another over the last few years. Many Ecommerce stores have already embraced Bitcoin technology. You can purchase items on websites like Overstock, Newegg Tiger Direct, and Expedia with Bitcoin. Now, there are also physical stores that accept it. Here in New York City, there is a wide variety of bars, coffee shops and other independent stores that accept Bitcoin.

Perhaps most notably, Darknet marketplaces like AlphaBay and Hansa, along with the DDoS-for-Hire industry, have adopted BTC as their currency of choice. Even ransomware authors are choosing to accept payments via Bitcoin. Criminals will use a number of methods to anonymously purchase and store ill-gotten BTC through the use of services such as tumblers. Tumblers are online services used to launder Bitcoin in an attempt to mask the coin’s origin or to prevent it from being identified while purchasing illegal goods online.

As the currency continues to mature, users will see even more legitimate uses and big name stores accepting Bitcoin. As it grows, more investors will fund projects that result in more secure and enhanced infrastructure. Bitcoin is the first mainstream digital currency, so there will be more growing pains, especially when it comes down to government control and taxes, but at the same time there are many benefits and security features behind accepting the digital currency. One that stands out to me is the fact that criminals cannot steal your payment information from the merchant like they can with credit cards.

Daniel Smith is an information security researcher for Radware’s Emergency Response Team. He focuses on security research and risk analysis for network and application based vulnerabilities. Daniel’s research focuses in on Denial-of-Service attacks and includes analysis of malware and botnets. As a white-hat hacker, his expertise in tools and techniques helps Radware develop signatures and mitigation attacks proactively for its customers.