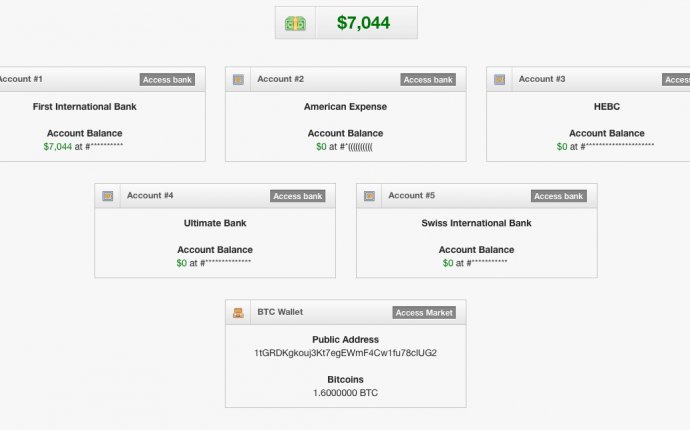 Donate Bitcoin to me

It was the second week of February 2013 when I first ventured a public opinion that Bitcoin is the real deal. The dollar exchange rate was at $25, on its way toward another run-up and crash that had been the pattern for two years.

How can you create money out of computer code? That struck me as absurd.I had just returned from a conference where some Bitcoiners surrounded me and force-fed me the information I needed to know. It would take another two months before I wrapped my brain around it enough to be able to write an article. But in these early days, it was enough publicly to dispense with incredulity to cause the ceiling to fall in.

To this day, I’ve never faced such a barrage of criticism. Derision, ridicule, outrage, disgust – I saw it on my feed, all of it very personal and hugely inflammatory. It was my first experience with what it is like to feel like that whole world is against you (an illusion social media specializes in creating).

And yet I completely understood why. I had been reviewing submissions on Bitcoin since 2009, and I had not been a believer either.

How can you create money out of computer code? That struck me as absurd, a techno version of alchemy. Money had to grow out of commodities used in barter – this is what Carl Menger had proven. If Bitcoin had a value, it had to be an error, a result of clever marketing, like any Ponzi scheme. Like many observers at the time (and there weren’t that many), I had no idea about the underlying payment system (the Blockchain) or the complex history of fits and starts that led to its creation in 2008. I had read the original “white paper” but could hardly understand the language.

So, yes, I dismissed it.

Bitcoin Didn’t Care About My Theory

Groucho Marx once said: “Who you gonna believe, me or your own eyes?”

The market had outwitted my expertise. After having acquired Bitcoin and used it, I had to deal with something that became profoundly important in my own intellectual life. I had to recognize the reality of something my mind could not explain. I had been writing about money, its history and theory, since college. I thought I knew it all. Now this thing came along that blew up all my understanding. Who was I going to believe, myself or my own eyes?

I finally decided in favor of my eyes. The market had outwitted my expertise. This was a very humbling experience for me, and it taught me a lesson I hope never to forget. Never become so wrapped up in the certainty of your own opinions that you fail to look out the window and walk the streets to discover something that challenges what you think you know. It’s a Hayekian point but one that intellectuals are prone to ignore.

As Bitcoin reaches the age of 7 and is again floating around an exchange rate of 1BTC to $1, 000, I decided to look back at my first public writing on the topic (April 1, 2013), just to re-experience the lesson. And by the way, all credit to Max Borders (then the editor of FEE) and Lawrence Read (president of FEE) for daring to publish this piece, which defied all conventional wisdom. They were willing to take the risk on this piece, which was probably the first major article in the established free-market opinion world to say: this is real and it matters.

As I look back, I put the most important point up front:

Understanding Bitcoin requires that we understand the limits of our ability to imagine the future that the market can create for us.

Thirty years ago, for example, if someone had said that electronic text—digits flying through the air and landing in personalized inboxes owned by us all that we check at will at any time of the day or night—would eventually displace first-class mail, you might have said it was impossible.

After all, not even the Jetsons had email. Elroy brought notes home from his teacher on pieces of paper. Still, email has largely displaced first-class mail, just as texting, social networking, private messaging, and even digital vmail via voice-over-Internet are replacing the traditional telephone.

It turns out that the future is really hard to imagine, especially when entrepreneurs specialize in surprising us with innovations. The markets are always outsmarting even the most wild-eyed dreamers, and they are certainly smarter than the intellectual who keeps saying: such and such cannot happen.

It’s the same today. What if I suggested that digital money could eventually come to replace government paper money?

I then marched through the reasons for my conversion to the cause. The main one was the realization that Bitcoin reproduced a key feature of money that no previous attempt at digital money had achieved: scarcity. The algorithm assigned property rights to the units in question. At that point, this was enough for me to see that it could become money. It would take another year before I discerned its intellectual origins, and another half-year before I could intelligently explain why Bitcoin gained value in the first place.

It’s possible that Bitcoin will flop. Maybe it is just the first generation. Maybe thousands of people will lose their shirts in this first go-round. But is the digitization of money coming? Absolutely. Will there always be skeptics out there? Absolutely. But in this case, they are not in charge. Markets will do what they do, building the future whether we approve or understand it fully or not. The future will not be stopped.

And Yet, the Price Doesn’t Matter

Money for the digital age, and without the state: the concept has been proven. Like many observers, I became caught up in the exchange rate madness, thinking that a higher rate confirmed my embrace while a lower rate raised doubts. In my mind, I became a cheerleader for the Bitcoin boom and correctly predicted the first price break above $1, 000 (December 2013) but failed to predict the bust that followed.

In retrospect, I should have stayed focussed on my main theme that started me off on this journey. The remarkable thing about Bitcoin is not its upward trajectory in valuation, the rate of its adoption, the pace which which it made its march to the mainstream. All that comes in time, and no one is in charge of the process or pace or direction of change. The main insight I had at the time is still the right one. What’s wonderful about Bitcoin is that it exists at all.

Money for the digital age, and without the state: the concept has been proven. That’s what matters. The technology is known. It works. It represents a path for reforming the world’s monetary and legal systems. It points to a bright future.

It is all the more wonderful to consider the glorious way in which Bitcoin has outsmarted the experts, including me. And this is precisely why I adore market forces so much. No one is in charge of them. No one can consistently outthink them. Markets keep us humble. They constantly remind us that even the most astute and prescient observer can be surprised, even shocked.

I like living in such a world, one where the future is not only unknown but unknowable. That will always be true, and this is also why no one will finally gain control of it.