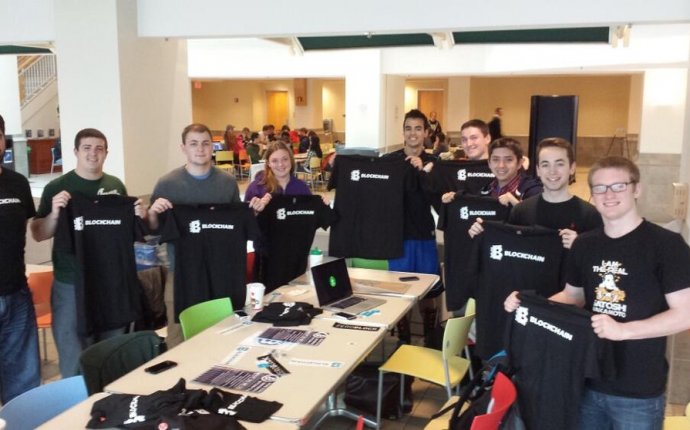 Two MIT students want to make sure that every undergraduate on campus—all 4, 500 of them—has some digital money once the fall semester begins.

On Tuesday, members of the MIT Bitcoin Club announced a plan to distribute $100 in bitcoin to every incoming student that wants it, as the new school year approaches. Aptly named the “MIT Bitcoin Project, ” the organizers said they’ve already secured $500, 000 from investors to spur an “ecosystem” that revolves around the paperless form of payment. “Giving students access to crypto-currencies is analogous to providing them with Internet access at the dawn of the Internet era, ” said Jeremy Rubin, a sophomore at MIT, and one of the purveyors of the bold plan.

Rubin teamed up with Dan Elitzer, a first-year MBA student at the Sloan School and president of the MIT Bitcoin Club on campus, to lead the efforts. Already, the pair has received support from administrators, professors, and associates from the school’s Media Lab. “Bitcoin and related crypto-currencies pave the way for personal data to be recognized as a new digital asset class. The MIT Bitcoin Project is a truly exciting venture that will provide the foundation for research into other classes of digital assets, ” said Thomas Hardjono, executive director of the MIT Kerberos and Internet Trust Consortium.

The $500, 000 in funding for the project, which was largely donated by MIT alumni and people within what Elizter and Rubin referred to as the “bitcoin community, ” will also help support events and informational sessions about how to use and access the digital currency. “There’s also the research side to this. There will be an amazing dataset out of this. We are seeking to do a formal study on how bitcoin is really used, ” said Rubin. “I think that how it will change bitcoin overall is, you have MIT now focused on it, and that’s pretty major. Having them invest their time in it will be fantastic for bitcoin as a whole. I think that having this at MIT is really the right thing to do.”

The MIT Bitcoin Club is also hosting a symposium at the school, strictly for students, starting on May 3. They hope the daylong series, featuring a panel of experts who will weigh in on the benefits of the Internet cash, will help motivate the MIT community to go out and improve on bitcoin’s current system structure.

Earlier this month, when they announced the launch of the seven-hour bitcoin workshop and meet-up on school grounds, Elitzer told Boston that there’s no better place in the world than MIT to help build upon the revolutionary way people are using and spending money. “[We’ve] got the incredibly strong academic backgrounds in topics like finance, technology, and economics. It’s kind of the perfect mix of disciplines here, ” he said.

With the the cash in the bank, so to speak, Elitzer is now goading students to accept the challenge to show people that the school can be a leading force in the digital currency market. “We decided to announce this project now to give students lead time. We want to issue a challenge to some of the brightest technical minds of a generation: When you step onto campus this fall, all of your classmates are going to have access to bitcoin; what are you going to build to give them interesting ways to use it?” he said.