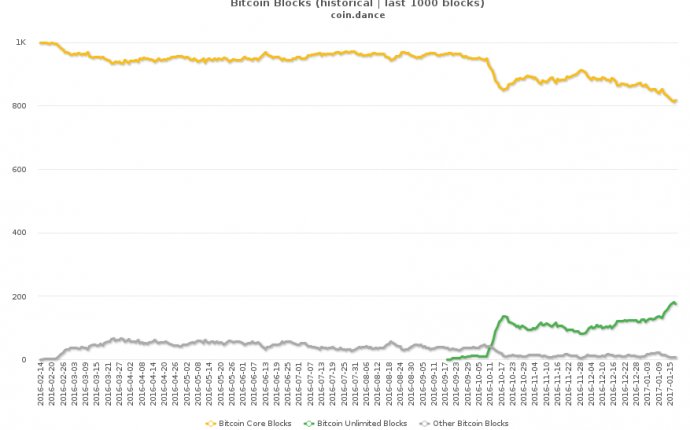 Blocks are files where data pertaining to the Bitcoin network is permanently recorded. A block records some or all of the most recent Bitcoin transactions that have not yet entered any prior blocks. Thus a block is like a page of a ledger or record book. Each time a block is ‘completed’, it gives way to the next block in the blockchain. A block is thus a permanent store of records which, once written, cannot be altered or removed.

The Bitcoin network witnesses a great deal of transaction activity. Maintaining a record of these transactions helps users track what was paid to and by whom. The transactions executed during a given period of time are recorded into a file called a block.

By way of analogy, let’s compare ordinary banking transactions to transactions over the Bitcoin network. A blockchain is like a record of bank transactions whereas a block might be a single transaction confirmation that a bank ATM prints out after you use the machine. In other words, the relationship of block to blockchain is one of part to whole.

A block represents the ‘present’ and contains information about its past and future. Each time a block is completed it becomes part of the past and gives way to a new block in the blockchain. The completed block is a permanent record of transactions in the past and the new transactions are recorded in the current one. This way the whole system works in a cycle and data gets permanently stored. Each block comprises records of some or all recent transactions, and a reference to the block that preceded it.

A mathematical problem is linked with each block. Miners are constantly processing and recording transactions as part of the process of competing in a type of race. They race to ‘complete the current block’ in order to win Bitcoins. When a winning miner is able to solve it, the answer is shared with other mining nodes and it is validated. Every time a miner solves a problem, a newly minted 25 BTC (Bitcoin currency symbol) is awarded to the miner and enters the circulation. The first record in that next block is a transaction that awards the winning miner (who completed the previous block) the newly minted BTC. It is the difficulty of the mathematical problem that regulates the creation rate of new Bitcoins since new blocks can’t be submitted to the network without the answer. Based on the fact that it takes around 10 minutes on an average to solve the problem, approximately 25 new Bitcoins are minted every 10 minutes.

RT @d_seaman: The rate at which bitcoin are mined is reduced over time. Every 4 years or 210k blocks, it is halved. We're now at a reward o…

@Daniel Robert Plante: Reminder: #Bitcoin *REQUIRES* that fees replace block reward. Analyze the dynamics, . The block reward will be down to 3% in 15 years.