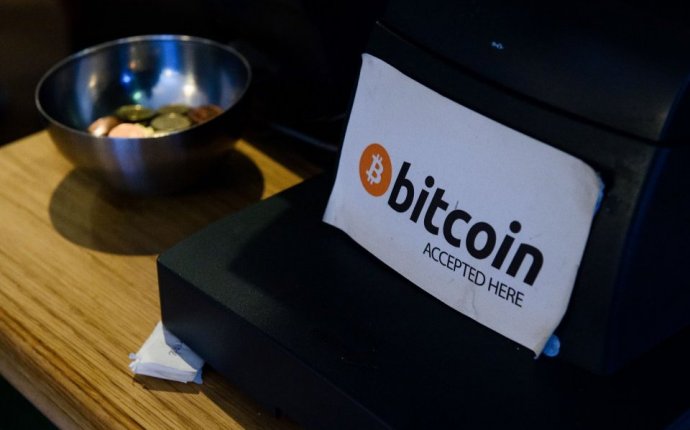 Why Bitcoin will fail?

Bitcoin hit a new 2014 low last weekend, a news development that is surely distressful to Bitcoin investors (i.e. speculators), but one that shouldn't come as a surprise. After all, the premise that bitcoin, or any other alternative cryptocurrency, would "go mainstream" or become anything more than a speculative toy was flawed from the start. Here are three reasons why.

1. Volatility
As a currency, Bitcoin has little value if not converted into dollars, and the value of a single Bitcoin as represented by goods is essentially meaningless. Considering Bitcoin's extreme volatility since its inception, the asset gives the user absolutely no stability, or no store of value, a key component of any functioning currency.

As the chart above shows, the cryptocurrency rose from almost nothing to over $1, 000 before crashing down to below $300. Even on a day-to-day level, volatility reigns supreme as in the last week the currency has moved within an approximate 25% range. Bitcoin's rise from near zero has been dramatic, and it's easy to see how increased speculation sent the price of the asset flying, but like most bubbles there is little underpinning the actual value of Bitcoin.

While national currencies are backed by governments and fluctuate based on money supply other economic factors, Bitcoin's value is largely driven by speculators rather than people actually using the currency. In fact, one of the major drivers for the asset's surge last year was increased coverage and media hype, in part relating the downfall of Silk Road, the online black marketplace that accepted only Bitcoins, in October 2013. As the media attention has subdued, the price of Bitcoin has fallen, and Bitcoin transaction volume has been relatively flat, indicating adoption has not significantly grown.

2. There's no need for it
The dollar is the most valued currency in the world, and U.S. treasuries are considered the safest investment asset class. Bitcoin proponents make three main arguments for its use. First, that it can be the basis of a powerful global transaction network. Second, that it can be a better store of value than national currencies. And third, that it can be a safer and more efficient payment system. However, only the last of these holds any water as there is no need for Bitcoins to replace dollars in transactions, even if they can, and Bitcoin has demonstrated itself to be a poor store of value due to its volatility. With only about 13 million Bitcoins in circulation and the final number capped at 21 million, the supply is too limited for them to serve as a viable currency.

While the technology behind the cryptocurrency may represent a safer method of buying and selling over the Internet, the asset will never take hold as a currency due to its limited supply and speculator manipulation. The technology used to encrypt Bitcoin would be better applied to the current monetary system, rather than through the invention of an entirely new currency. Bitcoin is simply economic Esperanto. It's a solution without a problem. The currency in use works fine.

3. It's too shady
The fall of the Silk Road marketplace and the implosion of the Mt. Gox exchange earlier this year highlight another set of problems with Bitcoin. While the cryptocurrency seeks to solve the flaws of our current monetary system, it is not without its own set of troubles. Regulations on Bitcoin are still in development, and the currency has been deemed illegal in a handful of countries and restricted in many others. The IRS has ruled that the asset is not a currency but property, making it subject to capital gains tax. Instead of serving as a currency for honest exchange, Bitcoin has found itself to be a favored medium for money laundering and black market purchases of items such as drugs and child pornography. A New York regulatory agency last year called it, "A virtual Wild West for narcotraffickers and other criminals."

A game of financial Quidditch
Perhaps one Internet commenter best sums up the enthusiasm among Bitcoin supporters, saying, "The idea of a mathematically derived self-regulating currency completely divorced from any physical representation or central management is REALLY COOL.
I mean it's just a REALLY COOL experiment in economics and technology." Sure, Bitcoin may be interesting and cool in some sense of the word, but the quote underscores the idea that Bitcoin's appeal isn't underpinned by any practical application it serves, but mostly by a sense of fantasy or experimentation in a small percentage of the population. Quidditch, the sport invented by J.K. Rowling in her series of Harry Potter books, emerged from the fantasy world, but is now being played by more than 300 teams in 20 countries, according to the International Quidditch Association. Despite that success, to most of us the sport will remain a fictional invention, never to go mainstream.

Bitcoin is similar, except a lot more dangerous since it involves money. There will always be a place for Bitcoin and its ilk somewhere in the bowels of the Internet, but the cryptocurrency will never challenge the dollar as a medium of exchange.