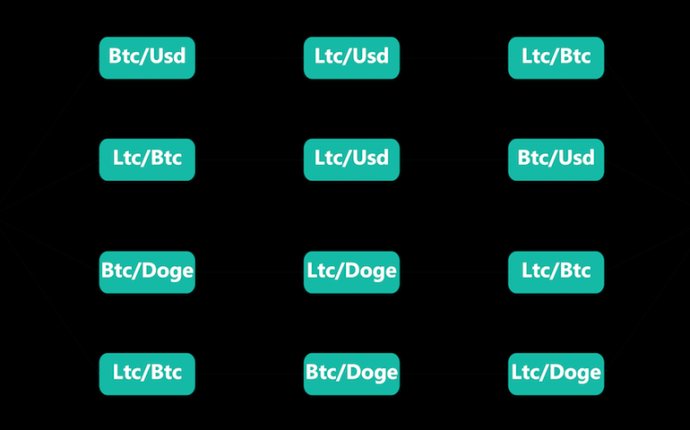 The problem is that China has very heavy capital controls in RMB. You can take USD, buy bitcoin in mtgox and bitstamp, transfer your money to btcchina, sell it, get RMB. At which point you are stuck. If you don't have a Chinese bank account, you can't transfer the money anywhere, and if you do have a Chinese bank account, you can't easily transfer the money back to USD.

If you are in Mainland China, you have the opposite problem, you can't easily get USD, which means that you can't buy on mtgox and bitstamp.

Now, if you happen to be a HK resident, you can hold RMB, but it turns out that there RMB in a HK bank, RMB in a Mainland bank with an HK account, or RMB in a Mainland account. And getting your RMB back to dollars involves navigating all of these accounts. Of course you could go to Shenzhen, withdraw your money at an ATM, travel back to HK, change the money back to HKD, and then deposit this at a bank. That's is until either customs just stops you, or the bank freezes your account because they are wondering why you are depositing a large amount of paper cash all of a sudden. You can probably explain it to the bank. The trouble is that taking large amounts of paper money out of Mainland China to HK is illegal. You probably won't go to jail, but there's a good chance that you will have a very uncomfortable conversation for several hours, at which point they will slap a huge fine on you.

(There is an interesting quant problem here. You can take small amounts of RMB below the limit, and go back and forth, but that will take you forever, and customs will get suspicious if they see you crossing the border everyone two hours. You can take an amount that's someone above the legal limit, and you can claim to be a tourist if you get caught, and if you go once a week that will work. Or you can risk it all. Put everything in one suitcase, walk across the border once, and hope that you don't get randomly selected for a search.)

I suppose that if you figure out some clever way of getting around these barriers, it would not be in your interest to announce it to the world because everyone else might start doing the same thing making it harder for you to make money. You'd probably be better off executing your evil scheme than chatting about it on quora.

So lets see. Maybe if I buy a ton of USB cables or LED lightbulbs in Shenzhen, take them over to HK, but who would I sell them to (and if that could make money I'd just go into the lightbulb business). Maybe buy lots of iphones (but then I get slapped with mainland VAT and the spread is huge). Shanzhai phones? (No VAT, but unresaleable in HK.)

Let's see there are special accounts for Taiwan residents, but no I have to get the RMB to Taiwan. What about Macau? OK same problem with getting the RMB out, but if custom catches me at the border, I can say that I'm gambling (but they'll still fine me). Can I buy gambling chips with RMB? Maybe but even if I can do that that means I have to spend half a day on the ferry, and it gets me involved with some people who aren't nearly as "nice" as Chinese customs if I do something wrong. What about Macau pawn shops? Well the trouble is that they'll try to pay me in Macau Patacas which just adds another layer of complexity. Tickets to Disneyland? Disney might process one refund, but Mickey is going to get annoyed.

What about this article.

No. Different problem. If you have a corrupt Chinese official that wants to move money out of China, they can but the person that is doing it will charge them an arm and a leg. In my case, I'm legal, but it someone charges me a lot of money for moving money across the border, that eats up my profit. Also, if I behave in a way that looks illegal, then I get in trouble with the government and that eats up my profit, and if I deal with people that generally do illegal stuff, then I risk getting locked up in a room with a big guy with blowtorch and pliers trying to get my bitcoin wallet. I don't think the triads will kill me (bad publicity), but they could easily "persuade" me to give them my bitcoin wallet.

Hey, I got just figured it out. It's easy and safe and almost *anyone* could to do it. All I have to do is. Oh wait.

Just to explain how I end arb'ing bitcoin since I've figure out that it will be hard for anyone else to duplicate, and increasing market transparency will help things.

What I can do is to convert USD to RMB in Hong Kong, I then move the HK RMB to Shenzhen, where it goes into a special account called a 054 account. I then have to physically go to Shenzhen, withdraw the RMB from my 054 account, and then deposit it into my normal RMB (050) account. Once, it goes into the 050 account, I can then convert the RMB into onshore bitcoin. I can go 054->050->bitcoin. I can't do 050->054.

Alternatively, I can move USD to China then convert to local RMB and from there to bitcoin. I can do that all electronically from Hong Kong, but there are currency transfer limits, so I only do this when there is a sudden move, since I don't want to use my currency quota.

This only works because I'm an HK resident, and it's possible for me to periodically get on the train to Shenzhen. Also, it's work. It's taken me a few months to work out the bugs, and you won't believe the amount of time I've spend on the phone with banks asking about the status of a wire transfer.

whose project is 4ps does development mean progress tattoo designs who set up only fans where technology started how teaching happens what are the 5 stages of development what product sells the most on amazon how device storage which entrepreneur has inspired you and why where develop film why entrepreneur is a risk taker how science goes wrong teaching where i'm from poem what product is good for hair growth who developed the polio vaccine where business transactions are recorded and categorized what project is lil wayne from who solution for covid 19 which london airport is closest to london how many start up episodes school where solutions why product design is important how long do entrepreneurs work how much solution for hoover carpet cleaner in startup who ends up with who who science is it when entrepreneurs fail they tend to how much solution for tb skin test why roadmaps are a waste of time when business clichés are overused they where is technology made how design a logo who design the eiffel tower whom def how far route 66 when science fails how often growth scans what system is the gallbladder in when project tiger was launched how many business days in 2022 whose science whose knowledge how community solutions where is tottenham manager from how often to service well
Source: www.quora.com