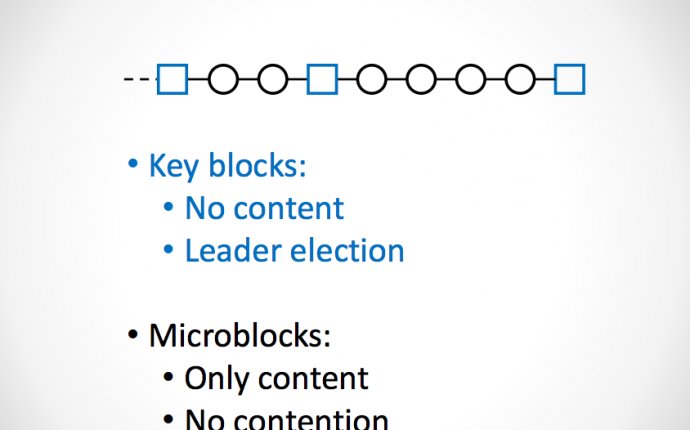 Strange times we live in. The world’s biggest financial players and analysts are buzzing about an invention that became famous partly by promising to destroy them.

In just a few months, blockchain went from the cause célèbre of crypto-anarchists and tech evangelists to the biggest idea in mainstream banking. We’ve seen a steady stream of blockchain news: five more banks joined the massive R3 consortium (its membership reads like a who’s-who of global finance), Nasdaq announced its first share transaction on blockchain and the Australian stock exchange announced it would test blockchain for trade settlement.

The irony is that blockchain gained worldwide prominence because of bitcoin — and many bitcoin supporters think that cryptocurrency spells the downfall of the global banking system. But today, the buzz is about the blockchain — a type of consensus-based computing that underpins bitcoin and other services.

A blockchain is a record of digital events that is cryptographically impossible to fake or manipulate. Financial firms are exploring a number of uses, from transfers to clearing mechanisms to intra-bank settlements. The idea is to create a shared infrastructure, where many of these transactions (that now can take days) can settle instantly and transparently.

But what few insiders seem willing to admit is that, like similar projects, this effort will face some daunting institutional challenges that make near-term success unlikely.

The biggest of these challenges is obvious: Banks today make huge profits on financial transactions. If transfers suddenly became instantaneous and worry-free, who would pay a bank to facilitate them? The former head of Barclays technology thinks the current interest in blockchain is “cynical.” He claims banks want to exert control, rather than drive meaningful reforms.

Personally, I think the problems are more mundane. I’ve been working with blockchains since 2008. As a former derivatives trader, I certainly understand the excitement for value-based transactions. However, near-term success there doesn’t seem promising.

For one, most banks have massive infrastructure debt in financial processing systems. These systems could be 15, 20 years old. But they power transactions between the world’s major businesses and governments; disrupting them, even for a short time, could be disastrous. Trying to overhaul them altogether is a tall order, and comes with huge risk. I doubt that many people within banks want to take responsibility for that, especially when it’s entirely outside the existing business model.

Another problem is with priorities. Banks already have a huge technology headache: keeping pace with the web of global regulations. This is an immensely challenging, high stakes and constantly shifting landscape; it will always be first priority for banks and their technology departments. When so much energy and budget go to keeping regulators off your back, it’s hard to justify diverting resources to a completely unrelated issue.

The push to rethink the global financial system is, at present, little more than a collection of ideas and incubators.

But the main problem is that institutionally, banks are not wired to drive this kind of innovation. Quite simply: bureaucracy. Lawyers, compliance, front office, back office, middle office — enacting meaningful reform, or even getting budget to expand a technology program, could require sign-off from all of them. This is necessary in the high-stakes financial world, but undoubtedly a barrier to innovation. If blockchain programs ever leave the incubators, they’ll have to justify themselves up and down the line.

Imagine approaching all these stakeholders and convincing them to go all-in on a new technology that’s widely celebrated by cryptocurrency enthusiasts. And now add this caveat: This project could overturn the very fundamentals of our business, and some of our biggest profit drivers! Not an easy sell.

RT @blockch_plushie: Smart contracts are a source of trust, if u don't have trust problems u can use a data base, says Angel from IBM #bloc…