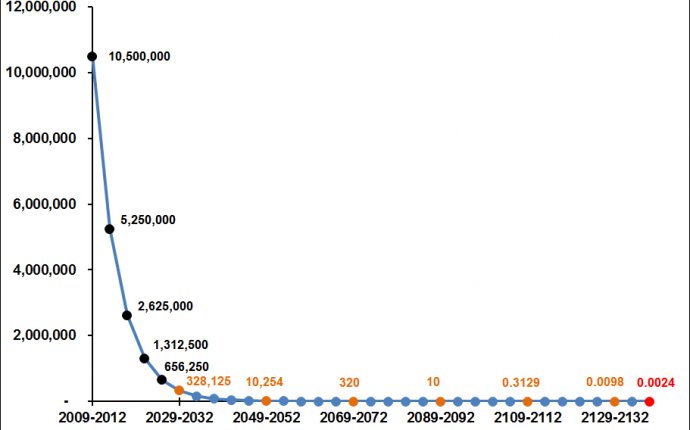 Last week, the price of one Bitcoin surged above $1, 227, the price of an ounce of Gold. And the headlines soon followed, screaming, “Bitcoin worth more than Gold.” The implication, of course, that Bitcoin is the new Gold in the world. In reality, however, Bitcoin is hardly the “new” Gold, real or digital.

In arguing for Bitcoin’s allure, enthusiasts tend to fall back on one singular point; like real Gold, there is but a finite number of Bitcoin that could be mined (21 million to be exact). But that is hardly the case. Bitcoin’s allure is not a factor of its rarity, but rather its ecosystem. That ecosystem enables financial transactions between two parties, both anonymously, and at very low costs. The fact is that that ecosystem could be easily replicated with an alternative to Bitcoin. So, while the number of Bitcoins we can mine is limited, the amount of alternative ecosystems that could emerge for Bitcoin wannabes is not. In fact, even today, there are already 12 different alternatives to Bitcoin, including Litecoin, Peercoin and Primecoin.

However, there is one area in which Gold and Bitcoin have something in common and, unfortunately, for Bitcoin bulls, it is in their vulnerability rather than strength. Both Bitcoin and Gold do not pay interest like a currency, nor a dividend like a stock. And when interest rates rise the allure of Bitcoin and Gold quickly fades. Because, simply put, there are better alternatives.

So, if Bitcoin, like Gold, doesn’t pay interest, shouldn’t Bitcoin be trending lower if rates are about to rise? Exactly! It should! For the past 6 months, as the Fed resumed its tightening trajectory, Gold has trended lower. With an average daily trading volume of $150 Billion in any given day, in London Bullion Market, the Gold market could be viewed as a “mature” market, which responds quickly to changes in monetary policy in America and elsewhere in the world. On the other hand, Bitcoin, with an average daily trading volume of merely $330 Million, is still underdeveloped and doesn’t immediately react to global events; rather, it has a delayed response to those events, and that response is generally of a violent nature.

In fact, not too long ago, in 2014, Bitcoin seemed invincible. A stampede of buyers kept the price rising, pushing the price of Bitcoin to $1, 120 But soon after, once risk appetite faded and Bitcoin holders realized that there was no fundamental logic for holding Bitcoin, the price crashed by a whopping 84%, trading as low as $177.

For now, Bitcoin’s price continues to be inflated; fees for Bitcoin transactions are low, holding at roughly $8.2 per transaction, and as long as Bitcoin prices rise, Bitcoin investors are tempted to hold onto their Bitcoins rather than convert them immediately after payment.

But what happens when interest rates rise further? The Fed is already signaling a rate hike this month which could curb risk appetite, as well as reduce the attractiveness of holding Bitcoins relative to other investments (remember, Bitcoin pays no interest). Moreover, if President Trump’s proposed tax cut plans hit hurdles, risk appetite on Wall Street could evaporate quickly.

Without risk appetite on the one hand, and with higher Federal Reserve benchmark rates on the other, there will simply be no incentive to hold Bitcoins. Just like Gold, you need to sell it to buy an asset that could protect you in an environment with high rates and low-risk appetite. You cannot buy bonds or stocks and keep holding Bitcoins; you cannot even hold a savings account in Bitcoin. Ultimately, you will have to sell it, just like Gold. But, unlike Gold, the Bitcoin market hasn't figured that out yet and that spells trouble. Bitcoin’s price surpassing Gold may be sweet, but it's too sweet; it's an illusion that will soon burst, just like a honey trap.

Disclosure: This article is the opinion of the contributor themselves. The above is a matter of opinion provided for general information purposes only and is not intended as investment advice. This contributor is not receiving compensation (other than from INO.com) for their opinion.