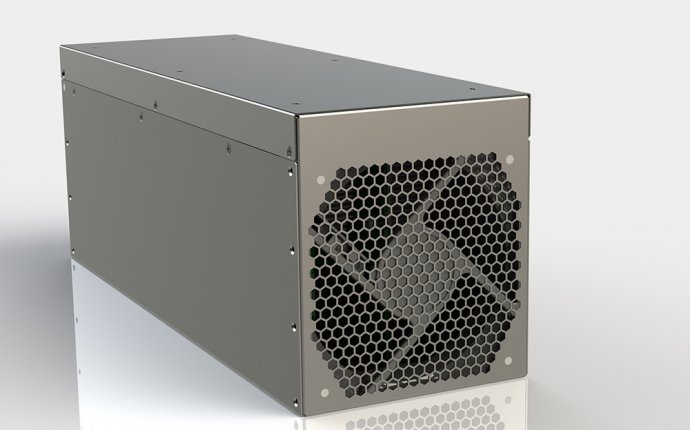 Product Round-up Bitcoins are either the new bubble economy or the future of online commerce. It’s not the first time anonymous e-money has been tried – ask Mondex – but Bitcoin does seem to have traction.

There are things you might want that you can buy with it, such as Tesla cars and Virgin Galactic trips to space. Zynga has announced that it will take Bitcoin for in-game payments, and there is a host of things you can buy through Bit Premier.

So, if you want to get into mining - perhaps you have some rack space doing nothing - you need to know what is on the market.

This is an ambitious article. It aims to tell you what is available and what it costs. In any other market that’s reasonable, but here products go in and out of stock constantly, driven by an erratic supply chain, particularly for chips. Prices reflect the value of Bitcoins, prices of rival hardware and the availability of that rival hardware. And much of this is shrouded in truths, half-truths and lies. Even more secretive is the company 21e6 which has raised $5m to build ASICs it will only use itself.

Comparing the miners starts with understanding what it takes to make a Bitcoin. Please forgive any over-simplification. Briefly, there is an algorithm to work out what is the next Bitcoin to be mined. Solving this requires a number of hashing operations. How many depends on how many coins have been minded previously so it’s an increasing level of difficulty. Initially this could be done with moderately specced PC but as more coins got mined this moved to using code, which took advantage of the super-fast graphics processors on video cards and then to dedicated hardware: ASICs designed purely to mine Bitcoins. Even these have evolved from homebrew to large technical teams.

If the bottom falls out of the Bitcoin market, all that equipment is useless. There is no other purpose to which it can be put. The processing is immense. While you can’t directly link mining hashes with FLOPS, it has been a couple of months since Bitcoin mining passed 1019 petaflops, or roughly the computing power of all the other computing tasks in the word - not allowing for what might go on in the NSA and GCHQ.

Which is where this round-up comes in. What hardware should you buy? How much money will it make and how easy is it to run?

The costs need to be balanced against the increasing global difficulty of creating a coin against all the other people who are doing the same thing. It’s an arms race of processor design against the rising difficulty. Newer, faster processors are more expensive but stand a better chance of producing Bitcoins against the rising difficulty, and are more power efficient. Power consumption is generally rated in Watts (W) rather than KW/h and processing in hashes per second, expresses as Gigahash (GH/s), Terrahash (TH/s) and even Petahash (PH/s), especially when looking at global figures. There is are a number of calculators to help.

A further level of complication is that the value of what you are producing is incredibly variable. Bitcoin value in terms of hard currencies are wont to fluctuate by 10 per cent or more a day. On 4 December, one coin was worth over $1, 100, two days later it was under $700 and two days after that back at $900. You can see values double and halve almost weekly. Some hardware is bought in Bitcoins but there has been a trend to dollar pricing, even from European vendors.

This round up is a guide, a good starting point. You should be wary of a plethora of sites which are selling Bitcoin mining hardware and which don’t have a buzz about the products on the Bitcointalk forum. The business is full of scammers. In general the nastier the website the more likely the manufacturer is to be kosher. Those who are busy designing ASICs just knock up something in Wordpress. Scammers are much more likely to have time for finely crafted HTML 5.