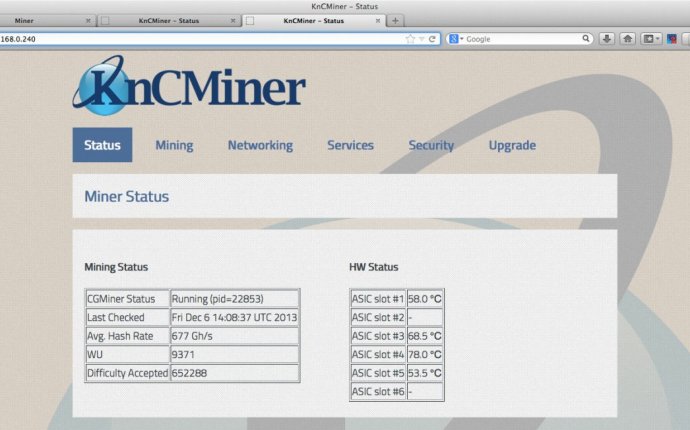 The fastest computer to solve a particular problem is rewarded with a specific amount of Bitcoin, and that is how new coins are introduced into the ecosystem, hence the term “Bitcoin Mining.”

Instead of having millions of individual computers independently mining Bitcoins across the globe as is assumed to have been the original intention of Bitcoin’s creator, Satoshi Nakamoto, what is obtainable nowadays is the installation of massive mining farms.

A Bitcoin mining farm is usually comprised of a huge number of processors, known as mining pools. These pools are interconnected to compete as a single unit in the transaction processing competition on the Bitcoin Blockchain. This, in essence, automatically makes it extremely difficult for small independent miners to carry out mining profitably.

One major factor that determines the viability of Bitcoin mining is the return on investment (ROI).

Jure Pirc sees Bitcoin mining in 2017 as a very challenging adventure. He notes that every person or company that decides to invest in Bitcoin mining must understand that the current ROI time for the most efficient miner on the market "Antminer T9" is between 9-11 months. However, ROI time varies with energy and cooling costs. Therefore, countries with affordable electricity and a cooler climate hold a big advantage when it comes to mining profitability.

Another important factor to mention is that the ROI calculation is also based on the prevailing network difficulty which keeps increasing as time goes on.

“I get quite a lot of requests to assist and advise with setting up Bitcoin mining operations and almost always the end result is that it makes more sense to set up a GPU mining rig where a user/miner has a lot more choice.”

“When it comes to choosing the currency one wishes to mine, while with Bitcoin ASIC devices the only choice is to mine SHA256 based cryptocurrencies. There are a few of these out there that are still in the proof of work phase, ” Pirc adds.

For newcomers to the Bitcoin ecosystem, Pirc thinks that the individual mining process could be a very complex adventure.

In Brizendine’s opinion, Bitcoin mining is not a particularly great investment but for the purpose of maintaining the network, he advises holders of a lot of Bitcoins to run at least one miner, regardless of the little profit.

“Right now I would personally buy and run one Bitcoin miner to support decentralization and contribute to the strength of the Bitcoin network and also invest heavily into buying the Bitcoins and holding them in a cold storage hardware wallet like a Trezor or KeepKey, ” he concludes.

It all depends on Bitcoin price

Aaron Foster, co-founder and CEO of TheBitPoint, explains that Bitcoin mining profitability depends on Bitcoin price. Given the scaling situation, if not resolved one way or the other he thinks that returns will be in the negative. Even worse, a hard fork with two chains, giving rise to the mining of either BTU or BTC.

Foster also notes that the lifespan of the hardware must be put into consideration, figuring out how long before a mining device becomes obsolete:

“The best way to profit from Bitcoin for the smaller investor is with the buy and hold strategy for now. Unless you can get some ant miners cheaply and have really cheap or free electricity.”

Fred Gondzar, president/CEO of Healthy Wealth, LLC, is of the opinion that being part of a mining club is the best approach for anyone who wants to earn rewards from the complex environment of Bitcoin mining. He speaks from the standpoint of a participant of such arrangements and claims to receive his dividends on a daily basis.