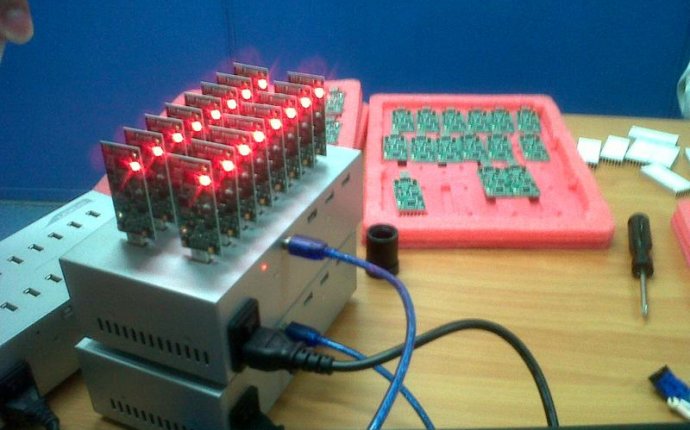 The days of being able to use any old video card and successfully mine crypto-currencies like BitCoin are quickly coming to an end. In fact, it is fair to say that the initial gold rush is winding down and the era of single ‘wildcat’ amateurs being able to make a ‘living’ at mining are numbered. Instead, mega servers are taking over and that is precisely the opposite of what crypto-currency is all about.

Thankfully, powerful custom-built ASICs are also coming on to the scene and they may just be able to give the little guys a fighting chance. Or at least that is what intron and c-scape’s Hex-Fury hope to do – bring Bitcoin back to its roots.

At its core, the Hex-Fury is much like any of the other ASIC units which have been popping since BitCoin really got started. Take a bunch of ultra-low power consumption ASIC chips, combine them onto a USB enabled host device, mix in custom firmware to make them all work together in tandem and lastly, sprinkle in custom software to turn them into mining machines.

In the Hex-fury’s case, they have taken 6 ‘Bitfury’ chips and soldered them onto a small PCB not much bigger than a flash drive that measures only at 26 by 60mm. US”s rather low 5V of power will allow this little beast to become a Bitcoin mining monster with a rating of .86W per GH – a level unheard of for GPUs.

Though, even this does not tell the full story as custom firmware is what really allows this device to shine. Hex-Fury uses a string configuration which provides this little beat to have a hashrate of 11GH/s that can be further increased to 15GH/s by simply increasing the voltage to 5.5V. Simply plug the device into a free USB port – or use an overclocked USB hub – and using either CGMiner (3.8.2 and up) or BFGminer (3.7.0 and up) to get mining like the old hay days. If you want to get in on the action but don’t want a $1, 000 electricity bill, this $265 USB dongle will be available for sale starting March 26th.