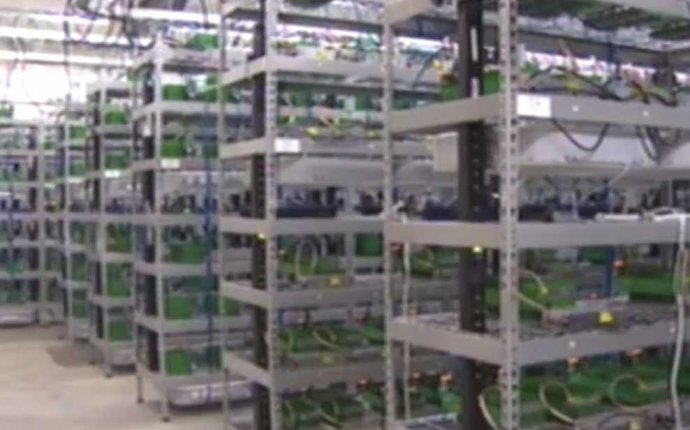 If you really want to get into Bitcoin mining, it may well be better to run your own hardware than lease hashing power from someone else. Not having any desire to handle the specifics of mining could be a good reason to pay someone else to do all the work. But if Carlson can make money by leasing out mining capabilities and taking a percentage of mined bitcoins, someone who's willing to research the appropriate hardware and configurations themselves should probably just go it alone and reap all the Bitcoin profits.

Nonetheless, MegaBigPower offers a fascinating look at how a small group with money and ambition can account for a disproportionate share of the decentralized Bitcoin network. Carlson's team has fewer than 10 core members, including a CTO, a product manager, and operational, technical, and facilities people.

Carlson mined on his own before starting MegaBigPower, but despite the cut he takes from the current mining operations, none of the hardware is dedicated just to his own Bitcoin wallets. "If I start running my own mining hardware, inevitably I'm going to favor the management of that hardware over the management of my investors' hardware, " Carlson said. "It creates a bit of a conflict of interest, so I've stayed away from it."

Still, he said he owns about 5, 000 bitcoins (not including about 1, 100 on the failed Mt. Gox exchange), worth about $2.9 million at a recent Bitcoin price of $585 per coin. "Other than to diversify some of it away from this high-risk volatile asset, I intend to hold a lot of it long-term. I don't think Bitcoin is done yet, " Carlson said.

Carlson said he takes about 10 to 20 percent of all mined bitcoins. "I hold most of my Bitcoin. I give some out to my employees, and I spend very little of it, " he said.

The first rigs were delivered in July 2013 after about a year of planning, board design, and manufacturing (more technical detail is available here). Carlson's team achieved its first "petahash" of mining power—a thousand trillion or quadrillion hashing calculations per second—in January. It's up to about 2.2 petahash now across two facilities in Washington state and a third in Poland.

This requires a lot of electricity. Carlson said more than three megawatts fuel MegaBigPower's global operations, including Poland. The two buildings in Washington are about 16, 000 square feet total, with just about all available space used for mining and power equipment. Carlson said he's "bumping up" against the maximum amount of electricity he can get into his buildings.

Toward that end, he's soon opening a third facility in Washington and rolling out a new rig design. The current rigs each contain 16 boards, with each board containing 16 BitFury chips, for a total of 256 mining chips on each rig. Carlson said about 90, 000 processor boards have been deployed, which would put the number of rigs at about 5, 600.

A new board MegaBigPower is designing will have 756 chips on each rig instead of 256.

"We are aggressively building out our mining facilities on both sides of the world, and we're shooting for keeping it level, but the reality is that difficulty rises exponentially, and it's hard to build out exponentially at that same rate, " he said.

How does mining work, anyway?

Bitcoin mining is the kind of thing that sounds befuddling the first time you hear about it, and perhaps even the 100th time you hear about it. Carlson likens digital coin mining to creating a large transaction clearing house. Imagine that Visa, instead of processing credit card transactions inside its own data centers, outsourced the work to whoever had the proper equipment and used transaction fees to pay rewards to the people who successfully processed those transactions on Visa's behalf.