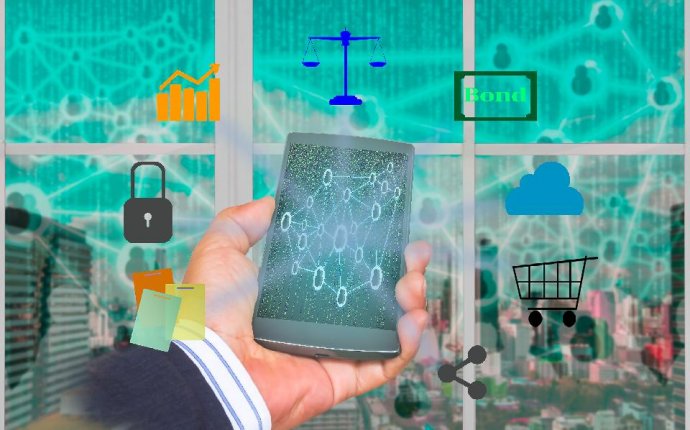 Will blockchain change business and the world

Australian banks are keeping a watching brief on blockchain developments.

Blockchain is the first native digital medium for peer-to-peer value exchange. It's the ingeniously simple, revolutionary protocol that allows transactions to be simultaneously anonymous and secure, peer-to-peer, instant and frictionless. How? By distributing trust from powerful intermediaries to a large global network, which through mass collaboration, clever code and cryptography, enables a tamper-proof public ledger of value.

The underlying framework has the potential to go far beyond bitcoin and other digital currencies and record virtually everything of value to humankind, from birth and death certificates to insurance claims and even votes.

Most of the early excitement for blockchain came from the financial services industry. Goldman Sachs, JP Morgan, VISA, NASDAQ, the ASX, Commonwealth Bank of Australia and dozens of others have put resources to work. While blockchain can certainly reduce costs for banks, providing a boost to productivity and making it easier to offer products and services to a global clientele, it also radically lowers barriers for new entrants to create alternatives to the conventional banking industry, challenging incumbents in virtually every market where they operate.

More profound is what blockchain could mean for many of our institutions. Consider the corporation. According to Nobel Prize-winning economist Ronald Coase, firms exist because it is often cheaper to do things inside the boundaries of an organisation rather than bidding and contracting in an open market. What happens in a world where transaction costs drop close to zero?

Blockchain will effect profound changes in the nature of firms: how they are funded and managed, how they create value and how they perform basic functions like marketing and accounting. Talent can now be outside the firm rather than just inside. In some cases, software will replace management altogether. Vertical integration may make sense in some situations but overall networks will become better structures for creating products, services and value for stakeholders.

Wells Fargo and ANZ say blockchain will reduce the costs of dealing with intermediaries in global payments. CX Matiash

With blockchain technology we have a true peer-to-peer platform that enables personal economic empowerment: we can own our identities and our personal data, we can do transactions, creating and exchanging value without powerful intermediaries acting as the arbiters of money and information. Billions of excluded people can soon enter the global economy. We can protect our privacy and monetise our own information. We can ensure creators are compensated for their IP.

Rather than trying to solve the problem of growing social inequality through redistribution alone, we can change the way wealth – and opportunity – is pre-distributed in the first place, as people everywhere, from farmers to musicians, can share more fully in the wealth they create.

As with major paradigm shifts that preceded it, the blockchain will create winners and losers. But if we do this right, Blockchain technology can usher in a halcyon age of entrepreneurship, empower us to reinvent our institutions for the better and create a more fair and prosperous world.

Alex Tapscott is the co-author with Don Tapscott of Blockchain Revolution and CEO of consultancy Northwest Passage Ventures.

Craig Wright, the Australian businessman who claimed to be the inventor of Bitcoin but then backed away from proving it.

Why you shouldn't believe the hype

Almost everything you read about the blockchain is wrong. No new technology since the Internet itself has excited so many pundits, but blockchain just doesn't do what most people seem to think it does. We're all used to hype, and we can forgive genuine enthusiasm for shiny new technologies, but many of the claims being made for blockchain are just beyond the pale. It's not going to stamp out corruption in Africa; it's not going to crowdsource policing of the financial system; it's not going to give firefighters unlimited communication channels.

The blockchain only does one thing (and it doesn't even do that very well). It provides a way to verify the order in which entries are made to a ledger, without any centralised authority. In so doing, blockchain solves what security experts thought was an unsolvable problem – preventing the double spend of electronic cash without a central monetary authority. It's an extraordinary solution, and it comes at an extraordinary price. A large proportion of the entire world's computing resource has been put to work contributing to the consensus algorithm that continuously watches the state of the ledger. And it has to be so, in order to ward off brute force criminal attack.

How did an extravagant and very technical solution to a very specific problem capture the imagination of so many? Perhaps it's been so long since the early noughties' tech wreck that we've lost our herd immunity to the viral idea that technology can beget trust. Perhaps, as Arthur C Clarke said, any sufficiently advanced technology looks like magic. Perhaps because the crypto currency Bitcoin really does have characteristics that could disrupt banking (and all the world hates the banks) blockchain by extension is taken to be universally disruptive. Or perhaps blockchain has simply (but simplistically) legitimised the utopian dream of decentralised computing.

From a design perspective, the most troubling aspect of most non-payments proposals for the blockchain is the failure to explain why it's better than a regular database. Blockchain does offer enormous redundancy and tamper resistance, thanks to a copy of the ledger staying up-to-date on thousands of computers all around the world, but why is that so much better than a digitally signed database with a good back-up?

When it comes to all-round security, blockchain falls short. For instance, there is no native encryption for confidentiality; neither is there any access control for reading transactions, or writing new ones.

There is no utopia in blockchain. Blockchain only reduces the costs of purely digital transactions and assets. To get anything meaningful apart from Bitcoin onto the blockchain requires agents or administrators – and they have costs Tapscott seems to overlook.

To represent any physical thing in the ledger requires a schema – a formal agreement as to which symbols in the data structure correspond to what property in the real world – and a binding of the owner of that property to the special private key (known in the trade as a Bitcoin wallet) used to sign each ledger entry.

Blockchain on its own cannot represent people and assets, and it can't actually do regular business transactions. You can't for example "do" human resources "on the blockchain" without administrators at the very least to make sure the right blockchain keys go with the right employees. How exactly do diamond traders, land dealers, doctors and lawyers get their blockchain keys in the first place, and how does the world know who's who? These questions bring us back to the sorts of hierarchical authorities that blockchain was supposed to get rid of.

Bitcoin anarchists have the luxury of ignoring off-chain administration but idealists – who think blockchain will change the world – have to be more practical. The fantastic ideas that blockchain will transform regular human affairs stems from a grave misunderstanding of what the algorithm does and what it is for.