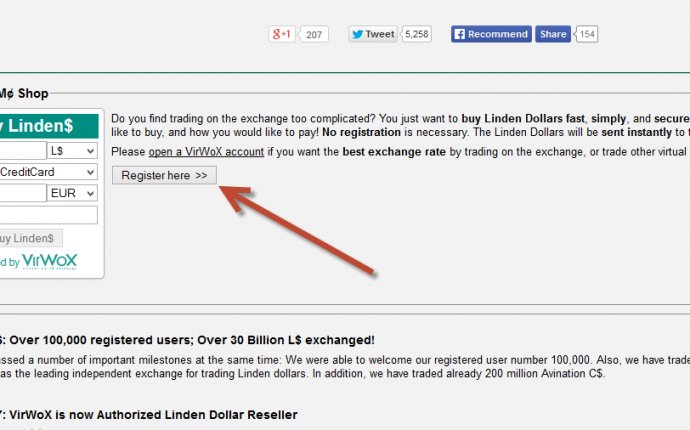 In business since end of 2007, VirWox is today the the leading independent exchange for trading virtual currencies, both in terms number of users (about 100, 000), and trading volume (2012: 29 million Euro / 38 million US$).

Currencies traded are Linden Dollars (the virtual currency used in Second Life), Avination's C$, and the Open Metaverse Currency (OMC). In April 2011, RED PAY LINE started accepting Bitcoin and enabled to trade bitcoins for Linden Dollars (both ways), which are in turn convertible to EUR, USD, GBP, CHF, and the other virtual currencies traded on VirWoX.

VirWox is run by the company Virtual World Services GmbH, which is located in Austria. The service is available in five languages (English, German, French, Spanish, Italian).