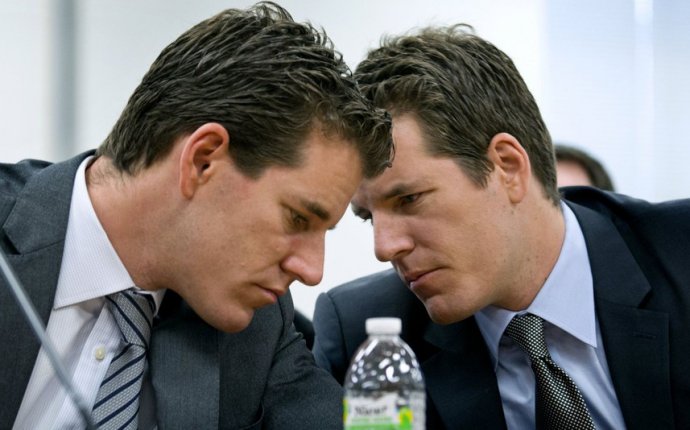 An approved ETF would make bitcoin investing simple for small traders and institutions, while potentially boosting the digital currency just as it’s hitting new highs almost daily. Some $300 million could pour into a bitcoin ETF in its first week, Spencer Bogart, head of research at venture-capital investor Blockchain Capital, said in an interview.

“I’d be very surprised if it did anything but double from whatever levels it is at beforehand, ” Bogart said.

Bitcoin rose as high as $1, 263.49 on Thursday, an intraday record, passing the price of an ounce of gold. It has gained 28 percent this year, as investors worried about global uncertainties and speculated on a more relaxed regulatory environment for the currency under President Trump. Hopes for the ETF have been a factor as well.

The Winklevoss Bitcoin Trust is one of three such vehicles seeking regulatory approval - and the advantages that come with being first. The others are Bitcoin Investment Trust, a creation of Barry Silbert, who had previously built a market for selling shares in private companies, and SolidX Bitcoin Trust.

Digital Asset Services, the sponsor of the Winklevoss ETF, declined to comment. Silbert and Ivan Brightly, chief operating officer of SolidX, also wouldn’t comment. The Winklevoss twins may be best known for accusing Facebook founder Mark Zuckerberg of stealing their idea for a social-media network, a case they ultimately settled.

SEC approval could give enormous power and riches to the winner for years to come. Just look at gold: SPDR Gold Shares ETF, started in 2004, has more than four times higher the market value of iShares Gold Trust ETF, started in 2005.

“This is the first-to-market race, ” Chris Burniske, an analyst at Ark Investment Management LLC, said in an interview.

Trading bitcoin now is no easy thing. Investors have to open bitcoin wallet accounts, then purchase bitcoins via online exchanges. Or they can invest in Bitcoin Investment Trust, which trades over the counter, often at a hefty premium to the cryptocurrency. A last possibility is Ark, which operates an ETF with 5 percent exposure to blockchain - the database technology underlying bitcoin - and peer-to-peer computing.

With a publicly traded ETF, small investors could just call their brokers or buy shares online.

Approval is by no means certain. On BitMEX, a contract betting on approval of the Winklevoss Bitcoin Trust spiked to an all-time high of 70 percent on Feb. 28, before crashing to 53 percent on March 1. Neena Mishra, director of ETF Research at Zacks Investment Research, pegs the chances at 40 percent.

The biggest unknown is whether the regulators will conclude that bitcoin, a digital currency created on and managed by computers, lends itself to being a part of an ETF at all. Whether it’s secure enough, for example. Exchange Mt. Gox had many of its bitcoins stolen several years ago. Last summer, a project running on a blockchain technology similar to bitcoin’s got hacked and lost millions of dollars of investors’ funds.

Bitcoin has similarities to currencies, as well as commodities like gold - since there’s a limited number, it could be considered a scarce resource. What ultimately matters is how the SEC sees it.

“Bitcoin is not a stock, it’s not a bond, it’s not a hard asset like precious metal, it’s not a commodity future, ” Ben Johnson, director of global ETF and passive strategies research at Morningstar Inc., said in an interview. “It’s a technology that’s very much in its infancy, and it’s not something that in my mind lends itself to being packaged as an ETF.”

An SEC rejection of the Winklevoss proposal could help one of the other bitcoin ETFs seeking regulatory approval.

“If the Winklevoss (ETF) gets rejected, they’ll get a brief explanation, which will help the other guys figure out how to get theirs through, ” said Adam Wyatt, chief operating officer at BullBear Analytics, a researcher focused on bitcoin and other digital currencies. “If it’s approved, all the other guys copy that and do whatever needs to be done to get approved.”

Bitcoin Investment Trust, which filed in January to list on the NYSE Arca, already trades over the counter. Bank of New York Mellon is the trust’s transfer agent. And SolidX has a big differentiator: It promises to insure its bitcoins from loss - something that could boost its chances of approval, Zacks’ Mishra said.

Your cheat sheet on life, in one weekly email.

Get our weekly Game Plan newsletter.

The Winklevoss’s ETF, which first filed with the SEC in July of 2013, has amended its S-1 filing multiple times over the years to address regulators’ concerns. It’s represented by the law firm of Ropes & Gray. The twins have also secured State Street Bank & Trust Co. as the administrator of the trust. They already operate the Gemini cryptocurrency exchange, catering to institutional and retail investors.

“All that adds up, ” Eric Balchunas, an ETF analyst at Bloomberg Intelligence, said in an interview. “If they are going approve one, it’s going to be Winklevoss first. And they kind of deserve it.”

Before it's here, it's on the Bloomberg Terminal. LEARN MORE