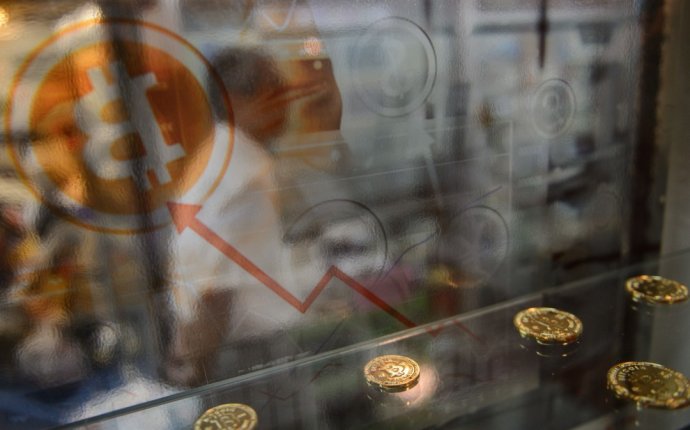 Zhou Shuoji is not a bitcoin believer. He says the cryptocurrency will never replace its traditional forebears, and he calls most of its proponents fanatics.

But for Zhou, a 35-year-old high-speed trader in Beijing, bitcoin is also too good to resist. His computers trade it 24 hours a day, seven days a week. Using lightning quick orders, they profit from tiny price discrepancies on the myriad venues where it changes hands.

Forget libertarians, speculative individual investors and Chinese savers trying to spirit money overseas. The reality is that professionals armed with cutting-edge technology now drive as much as 80 percent of bitcoin trading, mimicking strategies honed by some of the biggest players on Wall Street. To them, bitcoin is just the latest asset class ripe for conquering with machines.

The cryptocurrency’s market structure ticks all the right boxes: arbitrage opportunities across multiple exchanges, zero transaction costs on Chinese venues that host most of the world’s turnover, round-the-clock trading, and co-location services allowing participants to place their servers right next to those of the exchange. With volumes tracked by Bitcoinity.org surging to a record this month, there’s been no shortage of chances for high-speed traders to turn a profit.

Exactly how much they’re making is hard to pin down, because the vast majority aren’t required to disclose performance figures (Zhou declined to comment on his). Chinese banks were banned from trading bitcoin in 2013, while capital controls mean foreign firms have a small presence on China’s exchanges.

One of the few traders willing to talk about their returns is Chen Zhenguo, who founded China’s largest platform for facilitating automated bitcoin strategies. Chen says he’s generated annualized gains of 50 percent for his own account, though he declined a Bloomberg News request to provide transaction details verifying his claims, saying they’re private.

“Bitcoin has a natural advantage when it comes to automated trading, ” said Chen, 30, whose Beijing-based BotVS allows clients to run live trials of their bitcoin algorithms on 23 exchanges. The cryptocurrency gained 6.9 percent to $890.77 at 10:18 a.m. in London.

Like all markets, the one for bitcoin comes with risks. At least two exchanges, Bitfinex and Mt. Gox, have suffered cyber attacks that saddled traders with losses since 2011. The cryptocurrency’s extreme price swings - average daily moves over the past year were three times bigger than those in the S&P 500 Index - have deterred some high-speed firms, while the increasing dominance of sophisticated traders begs the question of how long the juiciest arbitrage opportunities will last.

There’s also growing concern over a regulatory crackdown in China, where authorities are wary of any investment vehicle that might help citizens move wealth overseas. The nation’s central bank conducted on-site inspections at some of the biggest bitcoin exchanges this month, looking for evidence of violations including market manipulation and money laundering. Similar scrutiny of stock-index futures in 2015 led to trading restrictions that cut volumes by 99 percent.

Still, policy makers could decide the bitcoin market is too small to warrant intervention. Its current market value is about $13.5 billion, versus $6.5 trillion for Chinese equities.

Rather than moving money out of the country, most automated traders in China are focused on cross-exchange arbitrage, said Arthur Hayes, a former market maker at Citigroup Inc. who now runs BitMEX, a bitcoin derivatives venue in Hong Kong. They can transact multiple times per second, reacting to price changes caused by individual investors and other speculators who often use technical patterns to guide their buying and selling decisions, Hayes said.

OkCoin, one of China’s three biggest bitcoin exchanges, estimates 60 percent of its transactions are executed by automated traders, while Huobi and BTC China put the figure at around 80 percent.

Exclusive insights on technology around the world.

Get Fully Charged, from Bloomberg Technology.

China is home to about 10 significant bitcoin venues, with a majority of trades executed on the top three, according to Neil Woodfine, the chief operating officer of Remitsy, a cross-border payment system. Instead of charging transaction costs, exchanges in China make money by levying a fee when clients withdraw bitcoin from their accounts; they also offer services including co-location and margin trading.

Fintech Blockchain’s Zhou, who sees more long-term potential in the distributed ledger technology underpinning bitcoin than the cryptocurrency itself, says he can’t predict what the market will look like in a few years because it’s still young and subject to Chinese regulatory risk. For now, though, he plans to keep trading.