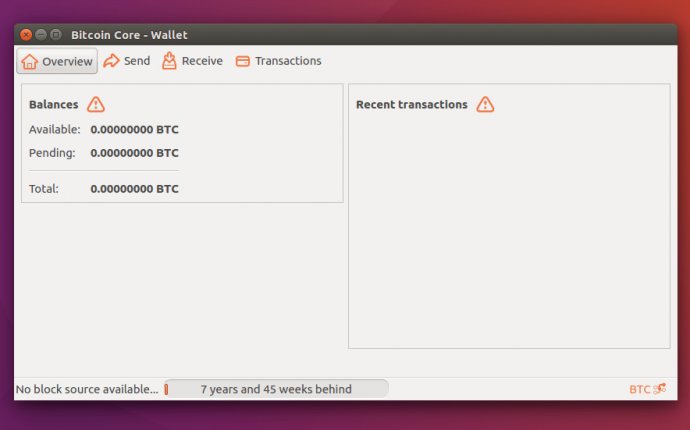 Ubuntu is often recommended as an alternative to Windows for running Bitcoin Core. Recent reports of a false postive virus signature in the block chain and an inappropriate response by Microsoft antivirus software reinforce this point. This guide shows how to install and run Bitcoin Core on a clean Ubuntu 14.04 system.

Ubuntu does not yet come pre-packaged with Bitcoin Core. As a result, the graphical Software Center utility can't be used. Compiling from source offers one option, but involves many steps. A more direct route is to install a precompiled binary from the command line.

Searching for the Terminal application.

The method described here uses Terminal, an application into which text-based commands can be issued. Access Terminal by clicking on the swirl icon in the upper left of the screen and typing “terminal”. Click the leftmost icon labeled “Terminal” to launch the application.

Running the Terminal application. Commands are entered after the dollar sign.

This last command may take some time, during which both Bitcoin Core and all of its dependencies will be installed.