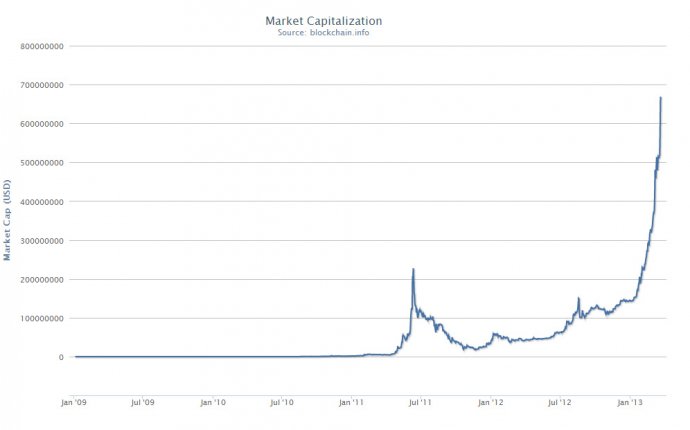 Bitcoin price recently corrected once against the US Dollar, but it looks like the BTC/USD pair may correct further towards the $680 level.

BTC price gained recently to trade as high as $758 against the US Dollar where it found sellers and moved down. The downside move was sharp, and took the price towards the $665 level. Afterwards, there was a correction initiated during which the price traded above the 50% Fib retracement level of the last drop from the $758 high to $665 low.

However, the wave failed and could not gain momentum. There was a rejection around the 76.4% Fib retracement level of the last drop from the $758 high to $665 low. So, it looks like the price made a higher-low and turned down. It recently broke a bullish trend line formed on the 4-hours chart (data feed from SimpleFX) of BTC/USD. It can be considered as a sign of further losses in the short term. The most important point is the fact that the price also traded below the 100 simple moving average on the same chart.

Looking at the technical indicators:

4-hours MACD – The MACD has just moved into the bearish zone.