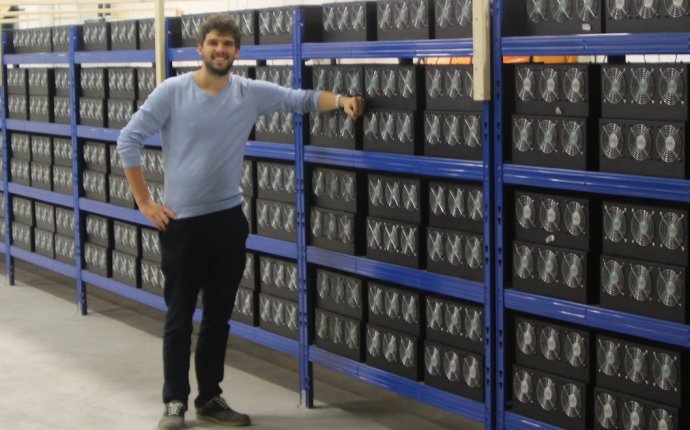 By now you understand everything about what Bitcoin is and how it works, you’ve been buying and selling it vigorously, and every time you discover a place accepting Bitcoin as a form of payment you feel like it’s Christmas. You know for sure what mining means, and if you have had a chance to mine Bitcoin back in the day, you have probably managed to make a profit out of it.

Remember the days when computer CPUs (central processing units) were widely used to mine Bitcoin? Miners quickly moved on to using the GPUs (graphical processing units), as it was discovered that they could offer more hashing power compared to CPUs - they were able to hash data 50 to 100 times faster and, which is important, consumed much less power per unit of work.

Nowadays, serious Bitcoin mining is carried out by dedicated Bitcoin mining hardware ASICs (Application Specific Integrated Circuits), usually in thermally-regulated data centers with access to low-cost electricity. It is still technically possible to mine Bitcoin without those, but one obviously earns less.

Mining Bitcoin on a computer will cause more damage to the computer, compared to making a profit. If you would like to mine Bitcoin just to see how the mining process works, then go for it! But if you want to mine more effectively and keep on earning coins or mining shares, you’ll probably need to invest into buying specialized hardware.

Bitcoin mining is becoming more difficult, and the competition is increasing. As demand surged, so did mining difficulty, resulting in the increase of Bitcoin’s value. Other cryptocurrencies - e.g. Litecoin rise in popularity - are expected to encounter the same challenges.

Eager to mine arbitrary amounts of Bitcoins? Slow down, there are a few things to consider before you start generating some digital cash. I say some because sadly you can’t mine more Bitcoins than the ECB prints euro bills.

The first thing you’re going to need to do is to decide on the hardware that will be used to mine Bitcoin. There are a few important factors to take into account when choosing a mining hardware.

Your mining hardware performs a certain number of calculations trying to crack a transaction block, this number is indicated in the hash rate. The higher your hash rate, the more likely you are to solve a transaction block. To get rough information on hash rates for different hardware you can consult the Bitcoin Wiki’s Mining Hardware Comparison page.

When setting up to mine Bitcoin, bear in mind that mining hardware eats up large amounts of electricity, which is not provided for free. You might want to check your future hardware’s energy consumption level just to make sure you invest in the most efficient Bitcoin mining hardware. Buying one that converts the most amount of electricity into Bitcoins would be ideal.

Network difficulty - the metric which determines how hard it is to solve transaction blocks - is another key parameter to keep in mind. It varies according to the network hash rate and is likely to increase with new ASIC devices coming on the market.

Now, what’s on the market?

Calculations look good and you are determined to start mining? You might want to turn to UFOMiners LLC, as they will surely provide you with the best advice on how to choose the best mining hardware.

UFOMiners LLC was founded in 2014 with an aim to develop amazing cryptocurrency mining equipment. UFOMiners strives to be one step ahead of their competitors, therefore the company does not rely on third-party technologies and develops all of the components of their mining solutions independently. At the moment, their product selection includes Bitcoin, Litecoin, Ethereum and ZCash dedicated miners.

The Las Vegas-based company is about to introduce their latest innovation that is believed to be a game changer.

“We believe within three years there will be no competitors for us, our new innovation will have a high impact on the market.”

The company is well-known for their powerful low-cost miners with prices ranging from $3200 to $4900. Their prevailing Bitcoin miner, the NekrosMiner, boasts an 85 TH/s hashing speed. UFOMiners’ best-selling product is the OberonMiner Prime, an excellent Litecoin mining machine with a 2.2 GH/s hashing speed.

All of the UFOMiners’ equipment undergoes a two-stage test procedure in order to meet the highest quality standards. This guarantees that the mining hardware will meet its advertised assets, but it also means it will be fault-free.

Recently, UFOMiners has announced a special offer for mining enthusiasts. You can buy three miners and get a fourth one for free. Sounds like a good option, allowing significant savings of approximately $4900 – on some of the most powerful miners on the market.