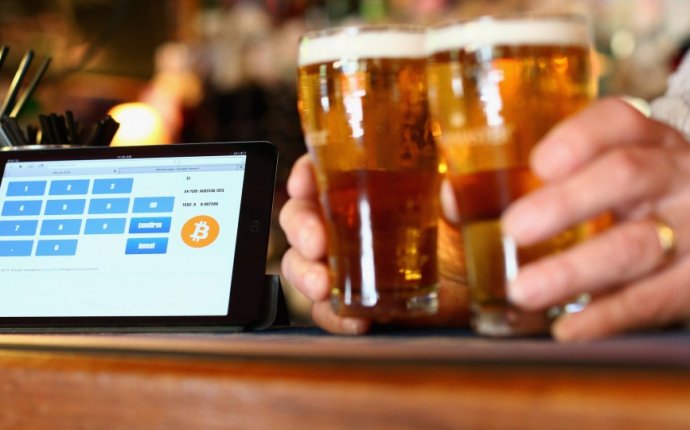 A lot of people ask about investing in bitcoin, or if they should. This piece goes through the pros and cons, and various options. It will cover what bitcoin is, and a bit of the history of the digital currency as an investment vehicle. If you are considering investing in bitcoin, we recommend you do your own research before making any decisions. This guide does not seek to recommend or advise investing in bitcoin, but acts as a resource for people trying to understand it better.

Bitcoin is a digital currency – it consists of tokens that can be exchanged between people on an online ledger cheaply, securely and quickly. It is not owned or controlled by a bank or central body, but processed by a distributed worldwide network of software called the blockchain.

Transactions using the blockchain are verified multiple times using encryption to ensure no fraudulent transactions occur. This distributed network is currently more powerful than the top 500 super-computers combined, and ensures that the rules of the network aren’t changed without a technical consensus. Examples of rules are costs of transaction, required level of verification, how new bitcoins are generated, and the limit on the bitcoins that can be generated.

There is a set of rules on how the network operates. Only 21 million bitcoins can ever exist, and no more can be created after year 2140 – this rule acts as a controlled monetary inflation. Bitcoins can also be broken down to eight decimal places, so you can buy fractions of a bitcoin.

Why is it important?

The potential of blockchain technology has been debated widely, especially when it comes to finance, information and security. Bitcoin is a relatively new technology, and the software behind it is free to the public to build upon. Because it is finite and digital, it is argued that it is one of the first truly digital commodities. Since its introduction in 2008, thousands of bitcoin companies have emerged, with over 80 million dollars in VC funding pouring into the ecosystem. The bitcoin network has a AU$4 billion dollar market cap at time of writing.

Bitcoin as an asset class

As an asset class, bitcoin is difficult to define. Previous digital tokens were controlled by a third party, so never really got into the asset class category, they were usually pegged to a currency value and there may be limits on when and where these tokens can be redeemed.

So the best asset class title for it is “bitcoin”.

Bitcoin first traded at .09c per coin in 2010 and currently sits at AU$300 per coin as of the time of writing. The price is not pegged to anything, but is discovered on open exchanges. On these exchanges people fill order books with prices they are willing to buy and sell at, similar to stock markets.

Why would you invest in bitcoin?

There are a few reasons that people see bitcoin as an attractive investment vehicle, we’ve listed some of them below, as well as some of the reasons why people hesitate. Remember this isn’t financial advice, just two sides of the coin.

The big pro is that there is a fixed, finite supply. Much like gold and other asset classes, bitcoins can’t just be spun into existence. Because of the strength of the distributed network, no one entity can tinker with the supply or limit. There are only 21 million bitcoins that can ever exist.

It is argued by some that bitcoin’s utility will drive up the demand, and thus the value of these digital tokens. Hypersecure irrevocable token exchange being something that has many valuable real life use cases, such as:

Every facet of bitcoin could potentially be a billion dollar industry, but this does not mean every bitcoin could be worth a billion dollars. In a truly efficient market, bitcoin should be able to handle these non-monetary roles without a significant price increase. Another investment option may instead lie in businesses and new economies that benefit from the efficiencies brought about by the blockchain protocol.

Many like to own bitcoin as a hedge against other monetary systems. The economies of the world are inextricably linked, so an alternative finance system that exists outside of the traditional one may seem like a good place to store some value. An example is the bank runs in Cyprus. When the local government indicated they may begin taxing 10% of personal accounts, waves of users purchased bitcoin as a way of hedging against their local currency.

Why shouldn’t you invest in bitcoin?

Don’t reach for your wallet just yet, there are plenty of factors to consider. Despite 20 years of cryptographic studies that suggest bitcoin’s protocol is unhackable, there could still be some hidden flaw. Something that turns a AU$4 billion market cap to zero. With our current understanding of cryptography this is unlikely, but it is still a possibility to consider.

On the blockchain, you prove ownership of bitcoins through control of a private key (similar to a password). This makes data security very important. Holding bitcoin means protecting your private key in ways that involve some level of technical skill and cost. You are able to encrypt your private key offline, or trust a third party like CoinJar to store your bitcoins for you.

The swinging price of bitcoin, or its ‘volatility’, is also a factor. Bitcoin trading is not for the faint of heart. Historically the price has fluctuated significantly, and seeing a 50% decrease in value in a day is not unheard of. This highly volatile market can be a benefit to skilled traders who can use the fluctuations to their advantage, however for many this does not make it an appealing investment.

Buying bitcoin is the simplest way to invest, you exchange money for an agreed amount of bitcoin based on market rates. The market rates are dictated on open exchange, or you can also purchase off broker style market makers like CoinJar. If you buy bitcoin, you then need to hold bitcoin. You can set up an offline wallet (which you control, but requires high security) or use a third party wallet like CoinJar.

As we mentioned earlier, transactions using the blockchain are verified by a distributed network of super-computers. If you contribute computing power to this distributed network, you will be apportioned some of the newly minted coins as a reward and incentive for processing the transactions. As more computing power adds to the network, the network adjusts so that the same amount of bitcoins are still generated relative to the increased computing power. This incentivises people to add more security muscle to the network. The result is that to generate profit from mining you need to buy large amounts of specialty gear and the margins are razor thin. Traditional computers simple do not offer enough power anymore.

Invest in a fund

Funds are emerging that own a particular amount of bitcoin and trade on open stock markets. Examples include GBTC, Second Market or the Winklvii’s ETF. This means you own shares in a company that holds bitcoin. This solves the security requirements, but then you pay brokerage and management fees on top.