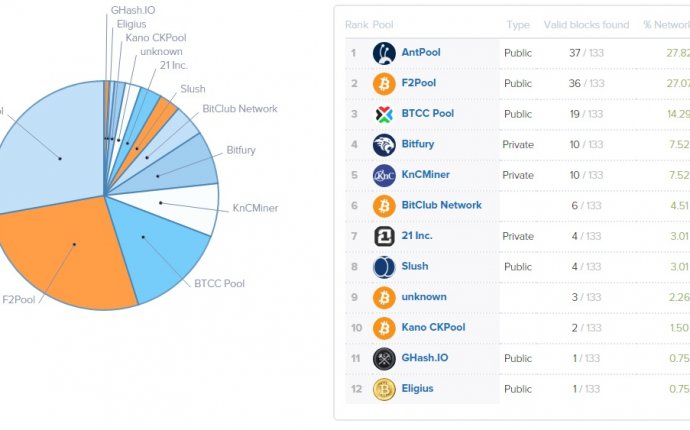 As far as leading the digital currency revolution, Bitcoin just isn’t getting it done. Ryan Taylor of Dash sees why Bitcoin is failing to take over the world.

Bitcoin is in a lull. For the past several months, the frontrunner of the cryptocurrency world has experienced relatively stagnant value. Both the number of transactions and total transaction value have not risen significantly this year, and Google search terms have not seen meaningful growth over the last few years, certainly nothing like in 2013. The digital currency revolution we were promised has largely failed to materialize.

CoinTelegraph: Do you feel that Bitcoin has stagnated in any way?

Ryan Taylor: Bitcoin and its ecosystem is obviously still growing, but it is losing market share and momentum. The pace of investment in Bitcoin’s ecosystem has slowed down as the reality has set in about how difficult mainstream adoption will be. With Bitcoin’s first-mover advantage and network effects, it really should be doing better than it is. I think the main issue Bitcoin faces going forward is that it has become the proverbial “oil tanker” of the industry… while it’s certainly massive, it simply isn’t designed to be nimble enough to chart a new course quickly in a rapidly evolving industry.

RT: Many people involved with digital currencies measure anything short of a replacement of government money as a failure. I don’t share that view. A well-functioning financial system provides an array of solutions to meet a variety of needs. It would be impossible for just one solution to meet all financial needs in a market, especially since needs in different market segments are sometimes polar opposites.

Many of Bitcoin’s attributes are unique and add value to the overall system, but we can’t expect it will replace other components. The original goal was simply to create a peer-to-peer version of electronic cash without requiring a financial institution, and by that measure, Bitcoin largely succeeded. However, to capture a more significant share of financial transactions, Bitcoin needs to become easier to use in the decentralized way it was intended. Dash is working on making digital currencies more in keeping with the original vision, but much easier to use without the use of centralized services.

CT: Cryptocurrency in general has turned into an interesting field of technological experimentation and day-trading speculation. Is this its true potential, or is it something that will become a more traditional-style mainstream payment method?

RT: Obviously, for the speculation to pay off, digital currency needs to eventually provide value, otherwise this will be just an asset bubble. I think the industry is maturing slowly in this direction despite some very entrenched and stubborn views that Bitcoin is the ultimate solution. Bitcoin has many flaws, and the industry shouldn’t be so reluctant to embrace competition. I believe that is the only way the original vision can be achieved.

I personally think that digital currencies will provide value in a number of ways. First, it can ease global commerce. If you need to exchange currencies anyway to transact overseas, why not use one foreign currency for all of your cross-border transactions? This is possible with digital currencies if one or more become ubiquitous like Visa and Mastercard. For consumers and businesses that reside in countries with strict currency controls and high inflation, digital currencies can act as a “backstop” for how bad their country’s monetary system can become before they would abandon it for a digital alternative. Finally, it can also reduce the cost of transactions substantially. For all these reasons, I think there are areas of the global economy where digital currency going mainstream is almost inevitable.

CT: What do you feel is the single greatest hurdle facing cryptocurrency's prospects of adoption by the general public?

RT: It’s hard to pick just one hurdle as there are many that needs to be addressed. Certainly, ease-of-use is one of the biggest barriers. Digital currency is simply too foreign for most consumers to persist understanding. Trust has also been impacted by the association with the dark markets and the numerous exchange hacks, which will take time to overcome. Finally, digital currencies are not only a new process, but it is a new currency at the same time. However, I suspect younger generations will be much more amenable to the idea of a digital token possessing value, because they are regularly exposed to this concept in video games and are accustomed to it.

Each of these hurdles are significant, but I believe they can be overcome with sufficient time, effort, and public education.