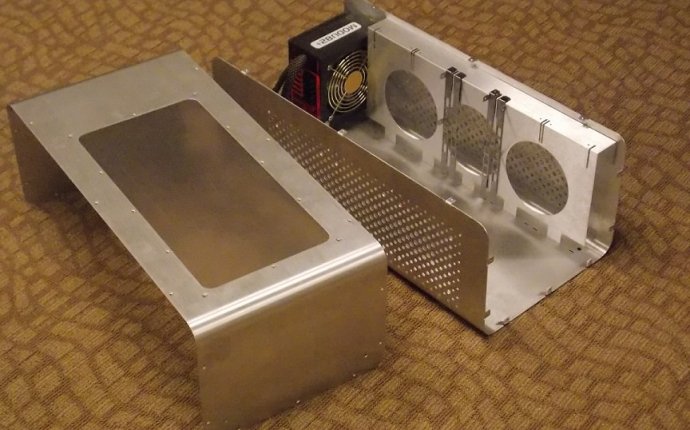 “The failure of the Klondike project was one. Chase, our bank, shut down our accounts. Also the delay in the shipment of the chips has resulted in a lot of customers asking for [a] refund, ” said someone using the TerraHash account in the official TerraHash forum.

“We already owe a lot of money to PayPal, and with all the refund requests, it is impossible for us to continue our operation profitably. So we have decided to dissolve the company.”

TerraHash, which did not reply to CoinDesk's request for comment, said in the forum that it would be requesting a refund from Yifu Guo, founder of Avalon ASIC, at which point it would begin refunding orders.

“We will be able to refund about 50% of every order with this amount. We are trying to get our money out of Chase, which will help us refund another ~5% of each order, ” TerraHash continued, adding that it would send additional pro-rated payments to each customer as it got more money back.

What seems clear at this point is that some of the money has been spent, and many customers will only be getting a proportion of their payments back. A crowdsourced spreadsheet showing TerraHash orders has been produced here.

TerraHash had been bullish about its business as recently as three weeks ago, when it announced a hosted mining service, offering up to 2 petahashes of capacity, to come onstream in November. It was negotiating with a manufacturer of 28nm ASICs at the time, it said.

The company had begun taking pre-orders in June, and then closed them again, before subsequently opening preorders for an assembly service for people who had their own chips, requesting a 5% deposit.

“The biggest issue with TerraHash is they did not do a good job keeping their customers informed. The updates were few and far between, ” said Michael Andrews, a computer consultant who had ordered , 500 of equipment from the company on June 18 via PayPal and American Express, and had not yet received a refund.

“I also had issues with TerraHash changing their return policy. It was never proven to me if they changed it before or after the orders went out, ” he said. “But I remember it reading we could get refunds up until the day they ship the product. That changed to ‘no refunds’.”

TerraHash changed its returns policy sometime in early July, stipulating that all orders were final, and refunds would be considered on an individual basis. FTC rules stipulate that merchants must provide refunds when the customer exercises any option to cancel before the merchandise is shipped, or when the merchant decides that it will never be able to ship the merchandise.

Andrews said that he would not pursue legal action, because he believes that American Express will refund his money. Three weeks ago, when he tried negotiating with American Express, TerraHash told the card company that it was still going to ship products.

He advises others to use a credit card when pre-ordering products. “I know we are all in the bitcoin world and we should embrace bitcoin as a transaction medium, but there has not been a single ASIC manufacturer that has earned enough trust to use a non-refundable medium like bitcoin, ” he argues. “Delays of weeks or months can cause a bitcoin miner to become worthless and will not [deliver an] ROI.”

The last update from Avalon at the time of writing was on 19 August, when it said that it was shipping around 40, 000 ASIC miners per day. Refunds were also being processed, it said.

Bitcointalk member Zurg said that he wired the company $950 on Monday 22nd of July for a K64 mining board, and made another identical order, meaning that he is currently $1, 900 out of pocket (orders #1213 and #1336 in the spreadsheet). “Had absolutely zero replies to refund since August, ” he said.

Another Bitcointalk member, Bargraphics (orders 432 and 452 in the spreadsheet), told CoinDesk that he would also pursue legal action against the company.