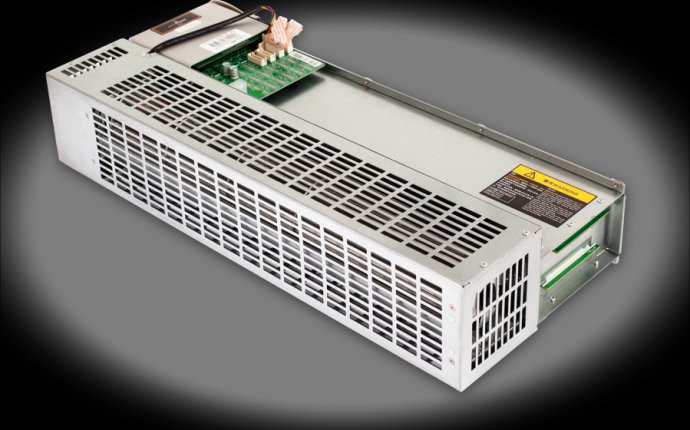 Could this Midwestern data center become the largest Bitcoin mine in the world?

The grocery store at an intersection near the high school in my hometown of Bettendorf, Iowa was vacated after the company filed bankruptcy in 2000, and shortly thereafter faded into a run-down meeting place for teens to smoke pot and skateboard. When I came back to visit recently, I found it is no longer home to graffiti-scrawled walls and kids skipping school. Instead, it houses a 57, 000 square foot, six megawatt data center—and a burgeoning Bitcoin mining operation.

Jared Smith, a senior industrial engineering student at Iowa State University, told me he started Bitcoin mining as a sort of side project during his internship at Colohub Data Center, where his main duties centered around optimization engineering. He said a news segment about a Bitcoin mining operation in Seattle raking in $8 million a month first sparked his interest in the cryptocurrency.

"I thought, 'We have the power to do three times that, '" he said. "We have free internet, cheap electricity, and the best chilling system in the world."

All those factors are beneficial in the extremely energy-intensive process of Bitcoin mining, which essentially involves using computers to solve cryptographic puzzles that secure and verify Bitcoin transactions. The currency is not backed by any government or organization, but by a public ledger system called the blockchain that documents and proves every Bitcoin transaction. Pending transactions must be verified by a mathematical process that is collectively powered by anyone who wants to "mine" Bitcoin. Mining is incentivized by a prize: right now, solving one block correctly gets you 25 bitcoins (one bitcoin was worth $284 at the time of writing).

Colohub is hosting 12 Antminer machines, each retailing at about $600, and just added three more this week. Soon, they plan to bring the number up to 24 and Smith has created math models to make profit on up to 1, 600 machines.

"I firmly believe Colohub could be the largest Bitcoin mining operation in the world, " Smith said. Granted, that sounds like a tall order, given that one mine we profiled earlier this year had 3, 000 machines and accounted for 3 percent of the entire Bitcoin network.

Smith is currently using a Pay per last N shares system, which involves running his machines as part of a giant pool managed by their manufacturer, which now runs more than 15 percent of the Bitcoin network. Once a block is won by anyone in the pool, everyone is rewarded a percentage of the prize proportional to how much computing power they contribute.

Smith said he only has seven machines running at the moment, which are making him a little more than $20 per day. At the current rate, factoring in overhead costs like electricity (extremely cheap by US standards at 6 cents per KWh at Colohub) it should take him a little more than 200 days to pay back his investment on the machines.

"We have free internet, cheap electricity, and the best chilling system in the world."

"There are a bunch of different ways to do this, " Smith said. "We are kind of in the childhood stages of this whole thing, and we aren't really sure where to go with it, but there is definitely potential there. All the math modeling I've done has been proven correct or over what I've estimated as far as profit goes."

But people familiar with the Bitcoin mining business caution that it is not as simple as math models let on. There are many more unpredictable components including, of course, the volatile price of Bitcoin as well as the network hash rate––the difficulty of Bitcoin mining, which increases periodically.

"If the hash rate goes up, your profitability disappears: Bitcoin mining is a Red Queen's Race: more mining just means less profit per mine, " UC Berkeley computer security researcher Nicholas Weaver told me by email. "If Bitcoin prices go up, your profitability increases only temporarily: other people jump into the mining game sucking up the additional profit. But if Bitcoin prices go down, you go bust."

However, Weaver said Colohub does have two major advantages: the low cost of power and use of the latest mining rigs. If there is no substantial increase in mining or substantial drop in price, the company could see a gain on investment. But if things don't stay stable, they may not even make back their equipment costs.

"This is something that strikes me as "High risk/high reward, " he said. "So if you can structure it as a $1 million bet with Other People's Money, its brilliant. If it's your own money, it starts to get more questionable."

Similarly Yifu Guo, the creator of the first purpose-built miner, said the math checks out (in fact you can easily calculate it online), but there is a lot of risk involved. He added that if you are going to pay to set up a Bitcoin mining operation, you might as well just invest in Bitcoin itself instead.

"There are less risky things to do if you have a million dollars to invest that will get a much better return than Bitcoin mining, " he said. "The problem with mining, for me, is that it's just not that profitable anymore."

He said the biggest factors would be not only paying for the electricity, but supplying enough electricity for such a huge amount of machines as well as buying the machines themselves.