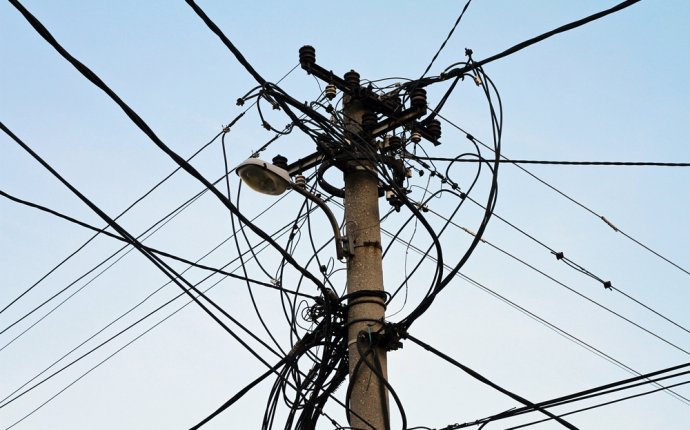 Yet for Wu, and the rest of bitcoin’s online community, feelings of exhilaration have been replaced by apprehension over what could be the biggest hurdle to the cryptocurrency’s growth since its emergence in 2009. Because of a pre-programmed cap on the amount of data bitcoin’s network is allowed to process, the current system for verifying payments needs to boost its capacity, or transaction times will balloon and undermine bitcoin’s 4, 475 percent advance over the past five years.

In theory, there’s a simple fix: With some coding tweaks, transactions could continue apace. But the problem is that any change to bitcoin’s architecture will inevitably create losers, and the motley crew of miners, software developers, libertarians and entrepreneurs who comprise the bitcoin universe have yet to form a consensus. After at least five attempts in the past year, enthusiasts will try once again at a conference in Silicon Valley this month. Any solution will almost certainly need the support of attendees from China, now home to 70 percent of the world’s bitcoin mining power and 90 percent of trades.

"This truly is one of the biggest tests to global collaboration, " said Wu, who runs AntPool, the world’s second-largest mining collective, and is also one of the largest manufacturers of mining hardware. "There’s a lot of money and emotions involved, and people have very different ideas on what they want bitcoin to be."

It could be the opinions of Wu and his compatriots that matter most. Chinese miners have leveraged their access to cheap labor, inexpensive electricity and local chipmaking factories to outmaneuver their global peers in performing the complex calculations needed to verify bitcoin transactions - a service for which they’re compensated in newly-minted bitcoin. When the cryptocurrency’s price tumbled from about $1, 000 in late 2013 to below $200 in early 2015, lower costs in China allowed them to stay afloat even as many Western operators folded.

Bitcoin’s volatility, meanwhile, has attracted China’s horde of speculative individual investors, who are keener than ever to diversify out of yuan-denominated assets after a shock devaluation in the nation’s currency last year.

The concentration of bitcoin activity in China has some worried that the system could become vulnerable to meddling by the ruling Communist Party, which restricts cross-border capital flows and has tight control over the Internet. It’s of particular concern to libertarians who value the cryptocurrency’s decentralized nature above all else. Unlike most major units of exchange, bitcoin has no single authority, such as a central bank, with control over the money supply. The maximum number of bitcoins is capped at 21 million.

Having so much mining power in China “is a very negative thing, ” Peter Todd, an active bitcoin code contributor based in Toronto, wrote in an e-mail interview. “It’d be all too easy for the Chinese government to do a lot of harm.”

While China’s central bank has said bitcoin isn’t a “real” currency and has taken steps to prevent it from becoming entrenched in the domestic financial system, there’s little evidence that policy makers are trying to gain control over its global development.

Instead, the influence lies with privately-run Chinese miners. Because the current system is dominated by the software miners use most, any proposal to update bitcoin’s architecture will need their validation.

The debate over how to resolve the digital currency’s capacity problem is split primarily into two camps. One group, known as Bitcoin Classic, says the size of digital “blocks” that contain bitcoin transactions should be increased as soon as possible to ensure that processing times don’t jump.

The other, Bitcoin Core, argues that it’s too soon to make major changes because it will take time to ensure that the new software is secure. They’re also worried that a major boost to block sizes will give too much power to the handful of miners with the processing capacity to handle the lengthy calculations associated with larger blocks.

Core supporters have been primarily focused on introducing features to increase transaction efficiency, while some have agreed to a capped increase in block sizes. They place a priority on widespread adoption before big changes are made, fearing a split in the bitcoin community that could send prices tumbling. The cryptocurrency dropped 4.4 percent to $645.33 on Thursday, paring this year’s gain to 49 percent.

Major Chinese miners and a group of Core developers agreed on a proposed fix at a meeting in Hong Kong in February. The new code is due to become available this month, and could be activated by July 2017 if it gains broad support.

"If the consensus is implemented successfully, it will set an example for future collaborations between all parties, " said Wu Gang, chief executive officer of HaoBTC, which accounts for about five percent of the computing power used to verify bitcoin transactions.

If no agreement is reached, processing times could potentially climb to hours or even days, making the digital currency inconvenient for many users who can get almost instant confirmations on payments through their credit-card providers or online money-transfer services like PayPal. In its current iteration, the bitcoin network can handle about seven transactions per second. Visa Inc., the world’s largest payment processor, is capable of more than 24, 000 per second.

Exclusive insights on technology around the world.

Get Fully Charged, from Bloomberg Technology.

A surge in processing times would give credence to the views of bitcoin skeptics including JPMorgan Chase & Co. CEO Jamie Dimon, who says a digital currency without any central authority has no chance of survival in the $5.3 trillion-a-day foreign exchange market. Even after its surge over the past five years, the total market value of outstanding bitcoin is less than $11 billion, with a network that handles about $120 million of transactions daily.

Despite the challenges, AntPool’s Wu is optimistic. He’s planning to attend the meeting of bitcoin enthusiasts in California this month and says miners from China are set to play a bigger role in driving the global community toward consensus.

"There’s no way we will be at this impasse forever, " Wu said. "You have got to believe that with so many smart people in the industry, they will make the right decisions."