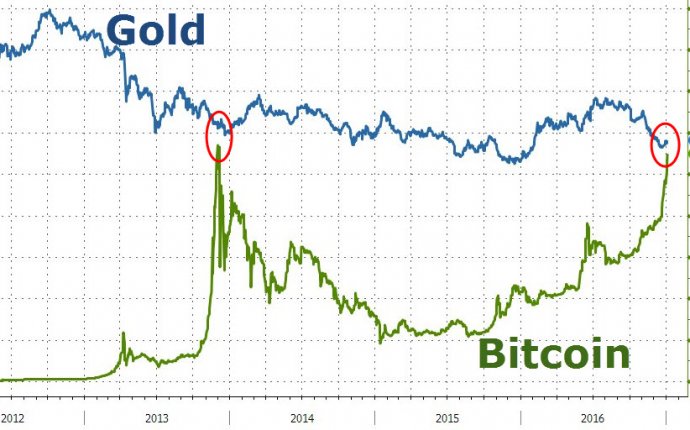 So let's imagine a scenario in which tens of trillions of at-risk wealth suddenly seek an alternative-any alternative to staying in an asset class that's circling the drain.

As my colleague Davefairtex observed recently, the paint isn't quite dry on bitcoin and the expanding host of other cryptocurrencies. Initial enthusiasm for the latest cryptocurrency that's going to eat bitcoin's lunch generates outsized returns for early investors, but as glitches in the vision arise, the bubble of initial euphoria pops.

Differing visions of bitcoin's future have divided its community of participants and miners, and hard forks have split other cryptocurrencies into competing camps.

Meanwhile, the spectre of outright bans on bitcoin and cryptocurrencies by nations such as China adds uncertainty to the entire sector. Many observers expect that China's increasingly pervasive attempts to staunch the flow of capital out of China via capital controls will lead inevitably to strict limits on bitcoin or even a total ban on bitcoin transactions and mining in China.

Since the majority of mining and transactions occur in China, severe limits or a ban would have an outsized impact on the bitcoin community. Many observers foresee the potential for a massive decline in the price of bitcoin should such a ban be imposed.

As if all these issues didn't generate enough uncertainty and skepticism, it seems as if every time the general public starts getting interested in cryptocurrencies, another exchange is hacked or another entry in the cryptocurrency sweepstakes blows up, sending the sector back into the "untrustworthy" abyss.

But this minefield shouldn't blind us to the possibility of a path to $10, 000 bitcoin. Skepticism is always prudent in any financial matter, especially a speculative one, so put on your skeptical thinkijng cap and follow along.