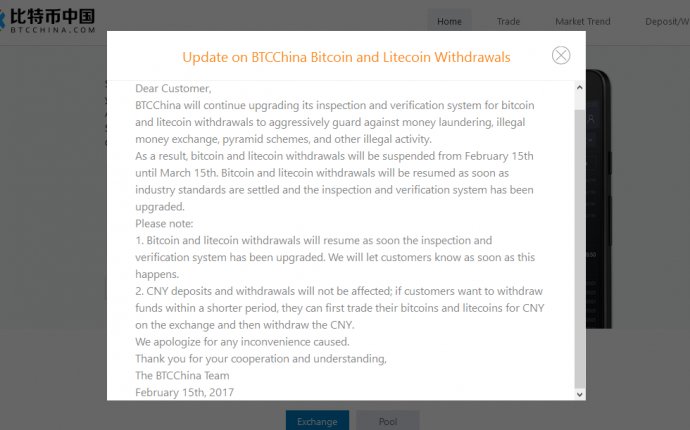 If the Securities and Exchange Commission approves a bitcoin exchange-traded fund next month, it might set off a speculative rush into bitcoin.

An easily accessed ETF that tracks the value of bitcoin could cause money to flood into the fledgling bitcoin market, analysts say. Indeed, what some see as a chance for average investors to participate in one of the great financial innovations of recent years could set off a trading frenzy in an already wild market.

“My concern is that the launch of an ETF could lead to irrational exuberance if the price of bitcoin appreciates dramatically, ” says Christopher Burniske, blockchain-products lead at money manager and research firm ARK Investment Management. ARK invests in Bitcoin Investment Trust , GBTC 3.29% an ETF-like fund that already trades over the counter but currently is only available to wealthy investors.

After a nearly four-year wait, the SEC faces a deadline of March 11 to decide on a rule change that would allow the Winklevoss Bitcoin Trust ETF to trade on the Bats Global Market exchange.

Two other funds have filed similar applications that would offer ordinary investors broader access to bitcoin investing as well: Bitcoin Investment Trust, run by tech entrepreneur Barry Silbert, and SolidX Bitcoin Trust, run by SolidX Partners, are waiting for the SEC to rule on their applications to be listed on the New York Stock Exchange.

There’s no guarantee that any of these applications will succeed. But most bitcoin observers say that a bitcoin ETF is an inevitability eventually.

If Bitcoin Investment Trust obtains SEC approval, it would likely mark Mr. Silbert as a new style of Wall Street wunderkind. Similarly, if the Winklevoss twins, Tyler and Cameron, succeed with their ETF, they would see vindication after they were elbowed out of social-networking phenomenon Facebook.

Further, the Winklevosses stand to gain from any price increase caused by the ETF as they are among the largest individual holders of bitcoin—alongside Mr. Silbert’s fund.

The Winklevosses declined to comment, through a representative; Mr. Silbert said, in an email, that his lawyers had put him on “total lockdown” with the press since filing for his fund’s NYSE listing.

The novel nature of bitcoin—essentially a chain of numbers linked to another number on a public ledger stored in the internet cloud—intrigues investors but has given the SEC pause.

Andrew Odlyzko, a mathematician at the University of Minnesota, compares bitcoin to the Pacific island of Yap, where long ago the people carved giant stone currency and ferried it across the ocean in canoes. On one voyage, according to an anthropologist’s work, a boulder fell off the boat. The community decided to recognize the value of the stone at the bottom of the sea, making it a virtual currency.

Once a bitcoin is created in a computer “mining” process, the community recognizes ownership of the invisible abstraction through two numbers produced in that process. One is the public key, which is like the owner’s PayPal address. Anyone can send bitcoin to this address. The other is the private key, a number that is mathematically linked to the public key but is revealed only to the owner of the bitcoin.

Bitcoin has proved useful as a low-cost way of moving money around the world. But its price is volatile. Last year alone, bitcoin closed in a daily trading range between $358 and $993, according to data provider CoinDesk.

Since the Winklevosses applied for approval of their ETF in 2013, the SEC has teased out the many, often bizarre risks of a bitcoin ETF. Among the issues: Could robots hijack more than half of the mining capacity and bring the whole system down? Could the bitcoin universe split in two as a rival cryptocurrency did? Could the fund be hacked?

(Closely held SolidX, based in New York City, and the smaller entrant in the race, distinguishes itself from the other two by promising to insure its bitcoin.)

Spencer Bogart, an analyst who follows bitcoin for boutique brokerage Needham & Co., says the Winklevosses have addressed security concerns—planning, for example, to keep private keys locked inside offline computers, which would themselves be locked away in secure locations. Multiple individuals in multiple locations would have to grant access simultaneously to a bad actor wanting to see the keys, he says, for a theft to occur—an event he considers unlikely.

Still, Mr. Bogart figures the SEC could refuse approval on more pedestrian grounds: a perceived conflict of interest because the Winklevosses have kept so many important fund functions in-house.

“I don’t believe there’s any ETF that trades in the U.S. where a single entity is the sponsor of the ETF, the provider of reference price for the underlying asset and the custodians of underlying asset, and that is what the Winklevosses are proposing, ” says Mr. Bogart, adding that the Winklevosses likely used proprietary indexes and security for reasons of design rather than personal gain.

In a November letter to the SEC, Kyle Murray, a lawyer for Bats, argued that the disclosure of the Winklevosses’ multiple roles and the involvement of independent auditors and administrators mitigated any potential conflicts.

The small size of the bitcoin market, however, could still be an impediment to orderly fund trading. Across all U.S. exchanges tracked by data provider CoinDesk, the average daily volume of bitcoin traded is about $30 million. Much more trading occurs in China, but those exchanges wouldn’t be used by a U.S. fund, Mr. Bogart says, because they function in an opaque manner.

Mr. Bogart estimates that at least $300 million would come into any approved ETF in the first week, as a convenient door to bitcoin opens up to investors. Institutional investors like pension funds haven’t been able to partake in bitcoin because many of their charters require that portfolio securities are registered with authorities.

Mr. Burniske says it’s impossible to buy $2 million of bitcoin on any given day on U.S. exchanges without moving the market.

Yet, for every share of the ETF sold, an “authorized participant”—the fund’s market maker—will have to buy an equivalent amount of bitcoin.

“The market will feel the effect of authorized participants going out there and looking to source [$300 million, ] 10 times more than the daily volume that goes through any of the exchanges, ” says Bobby Cho, who trades bitcoin in “institutional sizes” for proprietary trading firm Cumberland Mining, a bitcoin-focused unit of Chicago-based proprietary trading firm DRW.