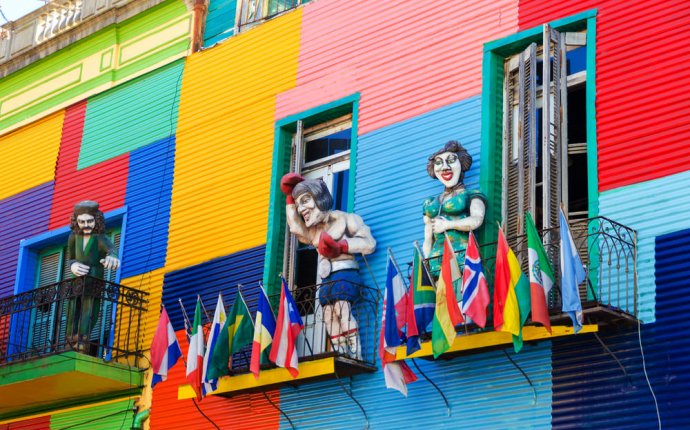 In the village of El Chaltén in Argentine Patagonia, a small absurdist ritual takes place each day. Every morning, at the deli counter of the general store, its owner Felipe cuts two or three large salamis into dozens of smaller sections. He wraps each one in clingfilm, carefully weighs it, and attaches a printed-out price sticker accordingly. Each new section of salami has a different price, correct to two decimal places.

In El Chaltén, fresh food arrives once a month. In between times, it lies in boxes on the shelves of the two small grocery stores and slowly rots. Felipe's salamis are popular with the backpackers who flock here between September and April to trek in the shadows of Cerro Torre and the Fitz Roy massif. But there is a problem. Each time they go to pay, the price is rounded up to the nearest whole figure — sometimes more. Felipe's painstaking cutting and weighing and pricing is ultimately overruled by the cashier. All along, it was an exercise in futility. Why?

In Argentina, there is no loose change. This is not a new problem. Back in 2008, Time ran an article under the headline, 'Spare Change? There's none in Buenos Aires'. The article pinpointed a black market involving bus companies and money transporters who hoard coins in order to resell them. At the time, buses in Buenos Aires did not accept paper currency, so their intake of coinage each day was massive. "In a raid on the Maco transport company in Buenos Aires, " the article reported, "police seized 13m coins. The central bank promptly returned the money to Maco — in bills." In 2009, the SUBE smartcard was introduced on public transport in the city, but many have expressed concerns over the amount of personal data the cards collect. The lack of coinage remains an issue. That is why you don't get change from stores in Buenos Aires or El Chaltén: the shops simply don't have any — or, if they did, they certainly wouldn't just be giving them away.

In recent years Argentina has been hit by crisis after crisis.

The lack of coin currency is just one symptom of the chaotic nature of Argentina's economy. It hasn't always been like this: from the mid-19th century to the early 1930s, the fertile lands of the Pampas fuelled rapid economic growth. But thereafter, decades of political instability have wreaked havoc upon the economy. Today, the mining industry promises new investment in Argentina. It is not lack of natural resources or industry holding the country back, but politics and economic mismanagement. And then there's bitcoin: heralded by some as the solution to all Argentina's economic woes, but for others merely another flash in the pan.

At the same time, 2014's 'selective default' resulted from a US court order that granted a so-called 'vulture' investment fund called NML Capital the right to obtain 100 per cent of its claims against the Argentine government, after bondholders demanded to be paid back in full the debt which the country defaulted on in 2001. The decision by president Cristina Fernandez de Kirchner to go ahead and make payments on the country's restructured debt, without also paying NML, may have drawn praise from international commentators, but it has hardly helped the economic situation at home. Stringent limits on the flow of currency out of the country have been introduced to combat inflation. But these have caused the country's reserves to decline to what the Financial Times has termed "dangerously low levels". Due to the default, Argentina can no longer borrow from abroad. The fiscal deficit is now around 7 per cent of national output and the government is printing money. Inflation has been rampant.

For ordinary Argentinians and visitors alike, the most noticeable effect has been the booming black market. Until recently, tourists have been advised to take advantage of the 'blue dollar' rather than the official exchange rate at the banks. The dual rate emerged after the government put into place a number of restrictions on currency exchange in an attempt to prop up the peso, attempts that have only very recently been abandoned, crashing the currency. Along Calle Florida in Buenos Aires, the black market traders are known as arbolitos (little trees) as, I'm told by one local: "They stand rooted to the spot, dispensing 'the greens'." A few months ago, the official exchange rate was around 9.5 Argentine pesos to the US dollar. The blue dollar offered over 16 pesos. Following the major currency devaluation in December, the official rate has jumped to around 13 pesos, while the blue dollar has fallen to near parity.

It's hard not to observe the sad historical irony of Argentina's current money troubles — and especially the ongoing scarcity of hard currency. Argentina, after all, means 'Land of Silver'. You'd think the place would be piled high with the stuff — the early Spanish and Portuguese colonialists certainly did. The origins of the name can be traced right back to the very first voyages in the 16th century to the Río de la Plata, the estuary formed by the confluence of the Uruguay the Paraná rivers. Today, the estuary forms part of the border between Argentina and Uruguay. Buenos Aires lies on its western shore, Montevideo to the north. Río de la Plata means River of Silver.

The river was supposedly fed by the Sierra de la Plata (Silver Mountains). In the early years of the 16th century, repeated attempts to locate this source of unimaginable wealth all ended in failure. Nonetheless, before long, the rumours of silver had been solidified in the form of a map: Portuguese cartographer Lopo Homem labelled the region as Terra Argentea (ultimately derived from the Latin for silver, argentum) in his elegant (if vague) map of 1554. Then in 1602, Spanish priest and explorer Martín del Barco Centenera published a poem of some 10, 000 verses. Its name? La Argentina. Whatever the accuracy of Homem's map or Centenera's poetry (which, incidentally, contains tales of human-shaped fish), what is clear is that a legend was born. Argentina was now officially the land of silver.