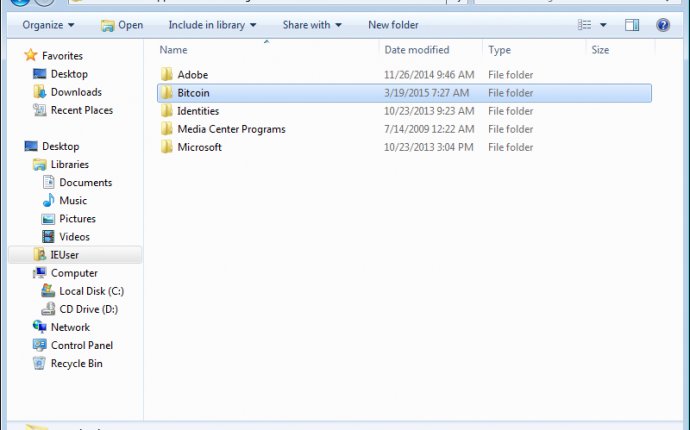 In this post I’m going to describe my ongoing experiment of porting Bitcoin Core to CloudABI. I think the capability-based approach of CloudABI is a conceptually great way of going about the problem of containing applications, and it might be a harbinger of things to come in computer security. Bitcoin Core is a good example of an existing, moderately complex, security critical C++ application to port over.

CloudABI is a new open source project for sandboxing applications. The goal is to isolate an application so that it can only access what it needs, and only by way of the provided access methods. This hardens against both privilege escalations and privacy leaks. What sets it apart from other sandboxing methods is that:

A restricted ABI and special libc means that it is easy to find out whether something will work: compile it. This is different from low-level sandboxing such as seccomp-bpf, where all system calls potentially used need to be carefully enumerated. This is difficult - especially when a project makes use of libraries not under the developer’s control, as any moderately complex program does. There is a runtime crash if a process exceeds its permissions, risking fragility.

CloudABI thus allows porting applications to a strictly sandboxed environment in a robust way. The following is an overview of the challenges encountered while porting Bitcoin Core to this new ABI.

CloudABI applications can make use of files, but do not have access to the global file system space. Access to directories must be explicitly granted by passing in a directory file descriptor. openat and similar functions can then be used to open files relative to those directories only.

Bitcoin Core virtually only accesses files within its data directory. So for most of the functionality, passing in a handle to the data directory is enough. It could be stored in a global and used where necessary. All filenames are then relative to that.

In the future, different file handles could be passed in for the different directories, e.g. to place the block index somewhere else as that wallet. But this functionality is not available in the upstream implementation either (except by a symlink hack) so the infrastructure still has to be writtenanyhow.

Bitcoin Core uses boost::filesystem for all file and path manipulation. It looks like boost::filesystem doesn’t work with cloudabi. It is possible to make use of path, however this has no special intelligence to handle fd-relative paths. None of the file or directory operations work.

The good thing about this is that (nearly) all uses of paths are already abstracted, so what I thought is the best way forward is to make a boost::filesystem::path subset replacement that works with paths relative to fds, and implements the file operations for this platform. For this reason I created the fs.h filesystem abstraction.

A file descriptor for log output should be passed in, to aid in debugging.

CloudABI applications cannot listen on a port, nor directly connect out to the network, which poses some challenges.

Binding sockets for RPC and P2P must be passed in through the argdata API.

You could say that for a P2P client it is fairly important to be able to make outgoing connections. Outgoing network connections are not possible without an external helper. A simple workaround for this would be to use of a SOCKS proxy (such as Tor) which acts as guard. File descriptors of connections to this proxy would be passed in by an external utility (although I’m not sure how this is done yet).

Alternatively the proxy could be made connect in to the process to “reverse proxy” when asked over a control socket.

No capability to make outgoing connections also means no DNS lookups. This is all too well; DNS leaks are a common privacy leak.

DNS lookup in Bitcoin Core is mostly used for requesting node addresses from the DNS seeds, which are used for outgoing connections. So any solution that enabled external connections could potentially allow doing this too (e.g. Tor has a SOCKS5 extension for DNS lookup).

Argument passing is another thing that is different for CloudABI. Instead of an array of parameters like in most operating systems, a nested structure (to be precise, a binary representation of YAML) is passed in.

There is nothing forbidding passing all configuration arguments in one array within the structure and simply passing that to ParseParameters as if it came in in argc and argv. However, we can do better.

This gives the bitcoind process a handle to its data directory, to stdout for logging output, and passes in two readily listening network sockets for RPC and P2P. The standard bitcoind arguments are passed in args.

The following dependencies have already been ported by the CloudABI project:

The following might need to be ported (but see under “Missing Features”):

These would be pointless in CloudABI:

These features are currently missing in the CloudABI port, either until implemented or cannot be supported as they inherently mismatch the goals of CloudABI.