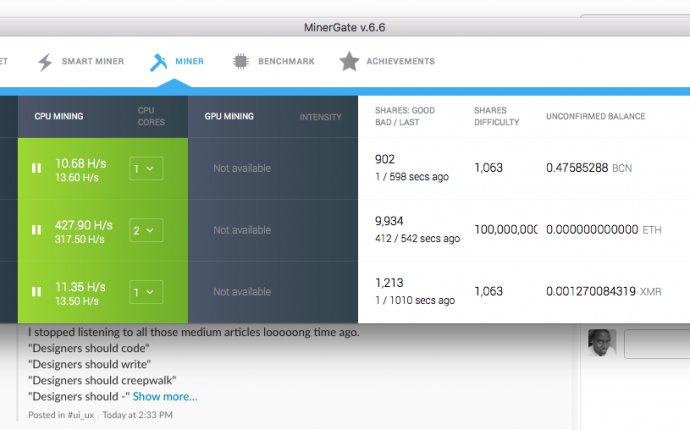 When we started Coinbase, we set out to build an easy to use bitcoin wallet. We figured a great feature to have in a bitcoin wallet would be the ability to convert your local currency into and out of bitcoin.

We were right. Since launching this feature we’ve helped about 3 million people convert $3 billion worth of their local currency into and out of bitcoin. In fact, this feature became so successful that 80% of all activity on Coinbase is people buying, selling, and storing bitcoin as an investment, and 20% is people using it as a wallet for day-to-day spending.

We set out to build a bitcoin wallet, but it turns out we were building a retail exchange.

Confusion in the market place

I think this hybrid wallet/exchange has created a bit of confusion in the marketplace. People want different things in the two products.

People use wallets for day-to-day spending of bitcoin. People want low friction signup and transactions. They want to use all sorts of innovative apps that are emerging in bitcoin. Often they want privacy. And the way you’d measure success in a wallet is probably by the number of transactions sent per day.

In a retail exchange, people want an easy way to convert their government backed currency into and out of bitcoin. This requires building relationships with banks and regulators in many countries, and is a highly regulated business. All third party apps must pass a stringent review process. Customers are more tolerant of high friction on-boarding (since it is the norm with financial services) and less privacy. And the way you’d measure success is probably trading volume.

Wallets and exchanges also have a few things in common; for example, both require the ability to send and receive bitcoin. Another shared requirement is the ability to store bitcoin securely. Coinbase has found strong product/market fit in this area as well. We’re now storing about 10% of all bitcoin in circulation (including both multi-sig vaults where the customer controls the funds and in our cold storage where Coinbase controls the funds). This choice we provided customers blurred the lines between how wallets and exchanges normally operate, and has been very successful as a secure storage product. To the extent security is a top requirement, people may continue to use Coinbase regardless of how they mentally categorize the product.

I think it’s important to have both wallets and exchanges in the ecosystem.

Frustration abounds. You start to see complaints about accounts being shut down, transaction monitoring, and identity verification (all the same complaints you might hear about other financial institutions). These controls are all required to successfully operate an exchange business with convenient funding mechanisms. But they are not necessary for an open source wallet where the user is in full control of the funds; in this case neither the software developer nor the user is regulated like a bank.

My theory is that you’ll see a further unbundling of bitcoin wallets and exchanges in the coming years. This trend will be less about privacy, and more about where the most innovative apps emerge first. Exchanges are a foundational piece of infrastructure for the bitcoin ecosystem — they are the on/off ramps or the bridge between finance 1.0 and 2.0 (and will probably continue to make the most money in bitcoin for at least the next five years). But the wallets are where the new apps will emerge that will drive a good amount of usage. Today bitcoin is 80% people buying/selling as an investment and 20% usage. I think in five years those numbers could be inverted.

What does this mean for Coinbase?

Over the next year or so, you’ll see the Coinbase brand shift from being a hybrid wallet/exchange to focusing on purely being a retail and institutional exchange. It will take some time to update, but the transition will happen.