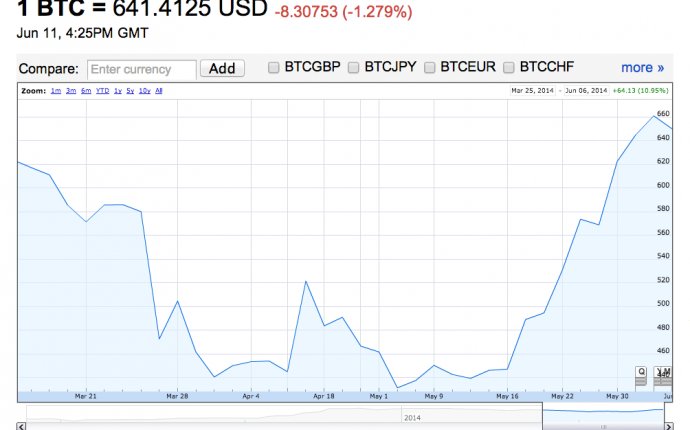 Trump's victory in the presidential election, combined with a Republican Congress, is making for quick changes to the investment landscape. The dollar has rallied and will likely continue with volatility. The peso has already dropped quickly with Trump's win. At the same time, many countries, including China, are trying to devalue their currencies to keep their exports competitive.

This rally will continue with many of Trump's key policies. He wants large multinationals like Apple (NASDAQ:AAPL) to bring back overseas profits, which would drive demand for dollars. He thinks the Fed has been too dovish. In addition, actions by foreign central banks will also push the dollar up.

A Strong Dollar Is Good For Bitcoin

At first thought, a stronger dollar is negative for Bitcoin (COIN, OTCQX:GBTC); in reality, it is not. Bitcoin is a world currency, and people are turning to it when their governments devalue their home currencies. The largest driver of this is China. If the yuan devalues at a faster and faster rate, the Chinese will increase their use of Bitcoin. The Chinese are already using it to circumvent capital controls and move their wealth outside of China. Events like United Kingdom voting to leave the EU show the unstable nature of fiat currencies. Bitcoin has rallied this year - 88% versus USD, 99.5% versus CNY, and 126% versus GBP. So while domestic demand for Bitcoin may simmer, international demand would fill the void. This year's rally has been fueled by strong demand from China. Trump also wants to block remittances to Mexico. Family members in the United States could turn to Bitcoin to circumvent any regulations.

I would recommend holding Bitcoins yourself, because it reduces the risks of an exchange hacking. Circle.com is a low-cost option to buy Bitcoin and is located in the United States. If you are skeptical and would like to try it before buying, this site gives away micro amounts of Bitcoin. You can get them for free and try sending coins to your own wallet to get a feel for it.

Stay Away From Multinationals

A stronger dollar compared to foreign currencies will continue as Central Bankers across Europe and in Japan are faced with limited growth. Tech companies which derive a large portion of income from Europe will feel the hardest punch. Apple, Alphabet (GOOG, GOOGL), and Microsoft (NASDAQ:MSFT) will need to increase prices or face declining profit margins. Microsoft has already increased prices in the United Kingdom. For tech companies, a Trump tax holiday to bring back cash to the US would be the benefit they are looking for.

Companies without a large cash stockpile overseas, like Johnson & Johnson (NYSE:JNJ) or Procter & Gamble (NYSE:PG), will just face earning woes. JNJ and PG said forex is accounting for a 5-10% drop in revenue. PG, for example, has 60% of its revenue coming from overseas. These companies are all already stating the effects of forex on their earnings and revenue. These exporters could also face declines if Trump is able to increase tariffs. Other countries will likely respond with their own tariffs, which would reduce US exports even further.

If Trump fulfills his promise of protectionism on the US economy, it will change the investing landscape. Companies who have US-based revenue will outperform. Trump has also stated that the Fed has kept interest rates too low for too long. A nominee in 2018 could be more hawkish. I am adjusting my portfolio to account for a stronger dollar over the intermediate term. I am not going to adjust for protectionist policies just yet, since they would need congressional support. The market as a whole (NYSEARCA:SPY) will likely stay sideward. Trump was elected president and Bitcoin is becoming a safe haven - thoughts many never dreamed.

Disclosure: I am/we are long BITCOIN.

I wrote this article myself, and it expresses my own opinions. I am not receiving compensation for it (other than from Seeking Alpha). I have no business relationship with any company whose stock is mentioned in this article.