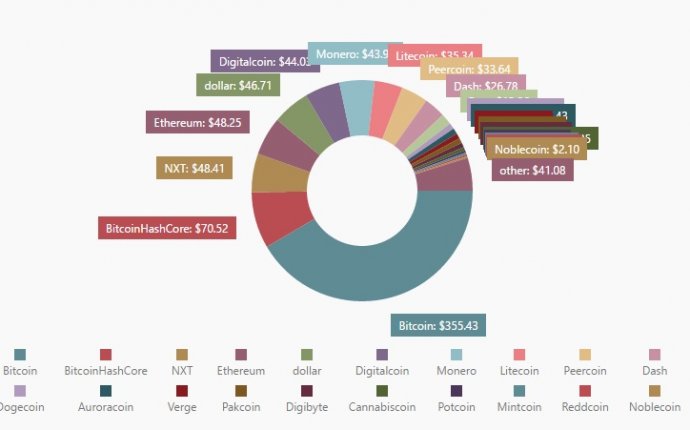 Every cryptocurrency in the world needs a team of developers to take things to the next level. It is no surprise to find out people take a liking to specific developers, simply because they create new features or bring improvements to a particular cryptocurrency ecosystem. Below are some of the most respected cryptocurrency developers listed in a random order.

Most people will know Evan Duffield as the person responsible for creating the Dash ecosystem. The project was formerly known as XCoin and DarkCoin before switching to a more marketable name. Even though some people still question initial coin distribution once the project launched, Evan Duffield has become one of the most recognized developers in cryptocurrency. Given the recent price increase Dahs has gone through, it is evident his efforts – as well as those made by all of the other contributors – are receiving well-deserved recognition.

The infamous creator of Litecoin has proven time and time again to be a valuable member to the cryptocurrency community. Even though little changes have been made to Litecoin over the past few years, Charlie lee remains an active developer to this very date. Moreover, he often weighs in on discussions pertaining to bitcoin and other popular cryptocurrencies. One of his latest feats of development revolves around porting Segregated Witness to Litecoin, although it remains to be seen if this solution will ever be activated.

Better known as Fluffypony, Riccardo Spagni has made quite a name for himself for being involved in cryptocurrency projects since 2012. Most people know him for his role in the development of Monero, a popular cryptocurrency focusing on anonymity and privacy. Riccardo is also a well-respected speaker at various conferences and meetups, during which he tried to explain the intricate working of Monero.

When talking about cryptocurrency developers, it is impossible to overlook . He has been one of the most prominent members of the bitcoin developer team ever since discovering the cryptocurrency project in 2012. He also used to operate a bitcoin faucet in those early days, through which he helped distribute this now-popular cryptocurrency to novice users looking to get acquainted with the ecosystem

Although most people have nothing but respect for Gavin Andresen as a developer, his reputation took a small hit during the entire Craig Wright debacle. Wright had seemingly convinced Andresen that he was the one and only Satoshi Nakamoto, the mysterious creator of bitcoin. When Wright failed to produce the evidence validating his claims, some people briefly questioned Andresen’s role in the bitcoin development team. Despite what some people may think, Gavin is still one of the most-respected bitcoin developers and his expertise is invaluable.

The career path of Vitalik Buterin is quite interesting taking note of. He co-founded Bitcoin Magazine many years ago and later on became the well-respected for developing the Ethereum protocol. Ever since inventing this ecosystem, he has been working on the project full-time. Moreover, he is a popular speaker at all types of events, including Ethereum’s very own Devcon conferences. Buterin is also known for his contributions to open source software projects, including DarkWallet, Egora, and Kryptokit.

@RoutetoGold: Your Money in Digital Form! Empowering those with No Bank Accounts! Faster financial transactions. It cannot be counterfeited=Cryptocurrency