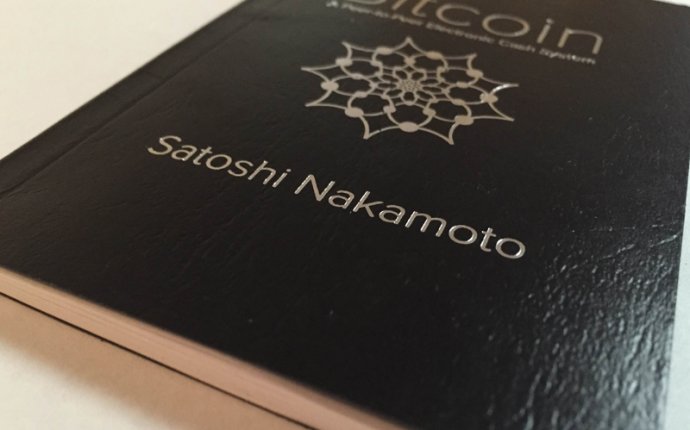 In November 2008, a paper was posted on the internet under the name Satoshi Nakamoto titled Bitcoin: A Peer-to-Peer Electronic Cash System. The paper is only nine pages long. If you remove the diagrams throughout and references on the last page, it would probably come in at around five and a half pages.

A purely peer-to-peer version of electronic cash would allow online payments to be sent directly from one party to another without going through a financial institution. Digital signatures provide part of the solution, but the main benefits are lost if a trusted third party is still required to prevent double-spending. We propose a solution to the double-spending problem using a peer-to-peer network. The network timestamps transactions by hashing them into an ongoing chain of hash-based proof-of-work, forming a record that cannot be changed without redoing the proof-of-work. The longest chain not only serves as proof of the sequence of events witnessed, but proof that it came from the largest pool of CPU power. As long as a majority of CPU power is controlled by nodes that are not cooperating to attack the network, they’ll generate the longest chain and outpace attackers. The network itself requires minimal structure. Messages are broadcast on a best effort basis, and nodes can leave and rejoin the network at will, accepting the longest proof-of-work chain as proof of what happened while they were gone.

Audio of The Bitcoin White Paper by Satoshi Nakamoto

The Satoshi Nakamoto Institute (SNI) was founded in November 2013. The website is a great resource for learning about Satoshi. It is also preserving and continuing the crypto-anarchist tradition.

On January 3rd, 2009, an anonymous computer programmer (or programmers) going by the name Satoshi Nakamoto mined the first block of the Bitcoin blockchain, kickstarting the world’s first fully realized crypto-currency. Satoshi did not build Bitcoin in a vacuum, however. Instead he stood upon the shoulders of cryptographic giants and free software gurus. From Timothy C. May and the Cypherpunks to Richard Stallman, Nick Szabo and beyond, the foundations of Bitcoin were built by a distributed network of innovators seeking to use cryptographic and open source software to bring freedom to an unfree world. Bitcoin itself is only the beginning. The Satoshi Nakamoto Institute will learn from the past and build toward the future, through scholarship, community, and coding.

The Satoshi Nakamoto Institute is eager to share with the world the best ideas past, present, and future in cryptography, distributed networks, economic freedom, and freedom of information. We are dedicated to curating the best primary source literature that challenge the status quo through technological innovation.

RT @conspirator0: @atom_attic @Femme_Mal Disguising the country of origin of Bitcoin transactions was another possibility that occurred to…

@Tumi Molusi: Bitcoin has no language, culture or national origin, it is a true global currency. #Bitcoindebitcard