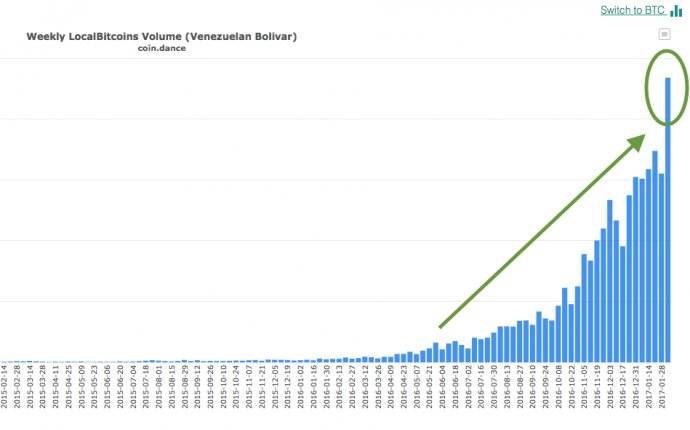 They say the best disinfectant is sunlight and the People's Bank of China just opened the shades on bitcoin. According to multiple news reports, the PBoC will conduct ongoing examinations of bitcoin exchanges - this has caused the price of bitcoin to crash 14 percent on Wednesday after a 22 percent drop earlier in January.

Interestingly, despite bitcoin's low volatility in 2016, such declines are not unusual in the history of this emerging currency. Furthermore, increased oversight should be welcomed by those, like me, who view bitcoin as one of many digital assets in the fin-tech investing category.

The Chinese exchanges matter because that is where the majority of the trading takes place. Bitcoin trades more dollar volume on a daily basis than the Gold ETF (GLD) and 95 percent plus of that volume is traded in China. China is important to bitcoin and by extension the PBoC is very important to bitcoin.

Presumably the bank's action is a response to speculation that bitcoin has been used as a tool for capital flight from China and I suspect they will find evidence of that activity.

But it should be put into perspective - the total value of all the bitcoin in existence is $12.9 billion, last year official currency outflow from China was $320 billion - so any capital flight that was taking place via bitcoin was/is tiny.

Of course, it had an impact on the price of bitcoin, but it's not where the majority of capital flight is occurring. In fact, there are currently 16 million bitcoin in circulation and the population of Shanghai is 24 million - if every person in Shanghai wanted to buy just one bitcoin (current value of $780) they could not.

The point being, if the PBoC finds that capital flight occurred it will be small and result in a cleansing of the system. What's more, because institutional investors are becoming more interested in bitcoin, the price drop could move bitcoin from weak hands to strong hands.

It's tough to make predictions, especially when they are about the future – so said the infamous Yogi Berra. But it's a new year and the price of bitcoin has been volatile, so it's a good time to look at what the future may hold for the digital currency.

In the long run, the financial revolution that was started by bitcoin will yield a better, faster and stronger financial system but over the next year there are three things that I view as high probability events for bitcoin.

Bitcoin was designed as an alternative currency, similar to gold but infinitely more usable due to its digital nature. Gold has a long history as a currency, but try buying booking a hotel room at Expedia with an ounce of gold…it is impossible. But not with bitcoin. In fact, I have booked hotel rooms with bitcoin on Expdeia and found it to be easier and more secure than my credit cards. A few clicks of a button and my bitcoin was transferred, I did not need to provide personal information that could be hacked. My credit card remained securely in my wallet.

Bitcoin sparked a financial technology (fintech) revolution when it was created in 2009. The technology behind bitcoin - called blockchain – became the darling of the fintech world. Interestingly, blockchain technology went beyond financial use cases and has made forays into inventory tracking, healthcare and identify theft. It is being used in healthcare to track sensitive patient information, it is being used by WalMart to trace pork from farm to store, and it being used as a solution to the identify theft problem by creating a secure online indentity.