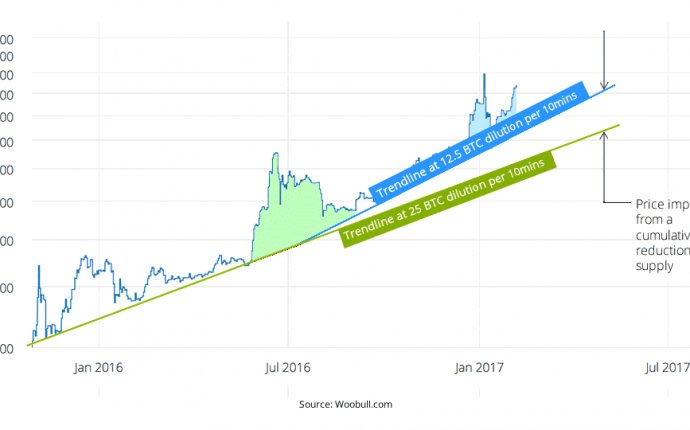 are looking for new and more productive asset classes. Similar booms have recently been observed in equities, bonds and commodities trading, all with an accompanying deflation once the roving gang of investors moves on to the next big thing.

The recent devaluation of the yuan has also motivated some Chinese consumers to seek bitcoin as a hedge against currency devaluation. Investors are also worried about the decreasing value of the yuan.

This is what bitcoin offers to those Chinese investors as strict regulations in their nation otherwise make it hard for Chinese nationals to move money cross-border. Hence why Beijing has worked to curb trading in bitcoin.

Now, however, two Chinese exchanges — Huobi and OKCoin — collectively account for some 92 percent of global trading in bitcoin.

What else is causing the bitcoin burst?

The price surge in bitcoin is also being pushed by a perceived coming drop in supply. Every four years, the algorithm that spits off bitcoin through “mining” halves the number of bitcoin it releases in an attempt to keep inflation from occurring.

Because bitcoin is “mined” by people by essentially solving cryptographic puzzles, it should be no surprise that there’s a lot of mining going on that doesn’t actually end up generating bitcoins. But eventually, out of fear of the limited supply, miners will only receive 12.5 bitcoins for solving the puzzle, instead of the previous 25. That’s even half of what it was in 2012 when it was first cut to avoid inflation issues.

Multiple reports on the subject now suggest that the upcoming pressure on the mining supply is impacting the price of bitcoin (in a good way). For now, it’s all speculation — as many things in the bitcoin ecosystem are — but we’ll probably know pretty soon what’s actually going to happen next with bitcoin’s major price surge (or drop).