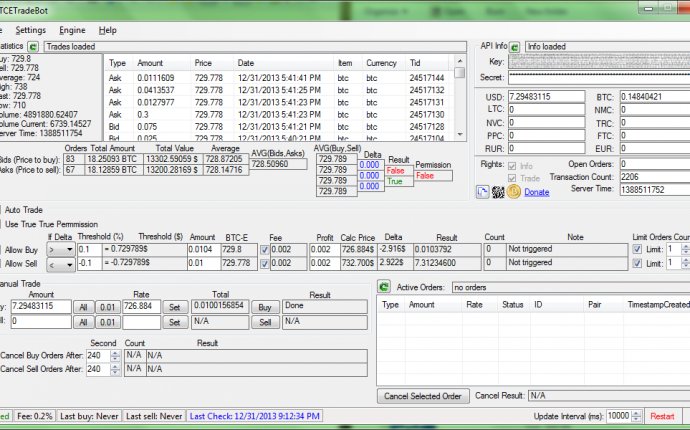 I recently open sourced a bitcoin arbitrage bot written in ruby. Read my explanation of arbitrage if you're unfamiliar with the topic. After putting the project on Github, I . It didn't get any points, but it did receive two comments. The top one was:

How is it in your interest to share this? Won't all arbitrage opportunities vanish fairly quickly as more people run clients like this?

The commenter has a great point. Arbitrage bots like this have it in their best interest to have as little people running the same algorithms as them. Arbitrage works by taking advantage of lag between two different bitcoin exchanges. If everyone was running arbitrage bots all the time, the difference between the markets would be squeezed to nothing, and only high-volume high-frequency bots could make a profit.

But to me, that doesn't really matter. I don't have nearly enough capital to try an make a living running an arbitrage bot, so it's ok if one day this arbitrage opportunity goes away. There is also a lot of risk involved with running any sort of trading bot. Technical glitches can happen, and you could end up losing a lot of money. The price of bitcoin is extremely volatile, and you need a 'cusion' of bitcoins to run this bot, so if the price of bitcoins dropped significantly your net assets would be worth much less.

Most importantly, I'm a software developer, and I just want to share my code with others (and boost my portfolio a little). I built this bot simply out of curiousity. I also learned a lot from another open source arbitrage bot, and I hope people can learn from me too.