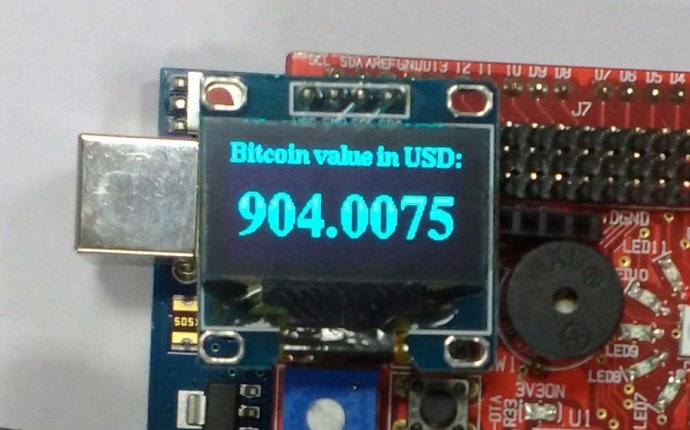 Bitcoin, the electronic currency system, allows direct payments from one party to another without the necessity of a financial institution. It is self-governing, and the value of Bitcoin varies, sometimes with substantial volatility. People can use Bitcoin for almost any type of transaction, including online shopping, and paying for goods or services from businesses that accept it as a payment form. You can now find Bitcoin ATMs in a handful of cities in the United States.

As with any other form of currency, keeping track of Bitcoin is essential to smart spending and saving. Fortunately, tracking Bitcoin is becoming easier, and the biggest Bitcoin exchange, Coinbase, has recently teamed up with Mint.com to include Bitcoin tracking in a popular personal finance app.

Coinbase is what's known as a Bitcoin "wallet, " which is a platform with which consumers and businesses can make transactions using bitcoin rather than traditional currency. Coinbase is currently the largest Bitcoin wallet service, hosting over 1 million consumer Bitcoin wallets. Coinbase also provides Bitcoin wallets for 25, 000 merchants, and that number is rapidly growing.

Coinbase wallets are stored using AES-256 encryption, and the company stores up to 97% of its customer funds offline in bank vaults to prevent theft. Coinbase's sensitive user data is disconnected from the internet, and its drives and paper backups are stored redundantly in several safety deposit boxes and vaults worldwide for safety and security.

Why Is Tracking Bitcoin Complicated?

Instead of having one entity tracking Bitcoin transactions, the entire Bitcoin network tracks them, in order to make theft or double-spending practically impossible. Though the Internal Revenue Service (IRS) hasn't yet said much about Bitcoin, the General Accounting Office says that gains in Bitcoin are subject to taxation.

Some people are paid their salaries in Bitcoin, and reporting can be complex. For example, if someone is paid in Bitcoin, it is worth a certain amount of US dollars at that time. But if the employee then decides to sell his Bitcoin for a profit, that profit is considered capital gain. Therefore careful tracking of Bitcoin is critical in order to accurately report gains or losses at tax time. Having a reliable finance tracker is essential to accounting for Bitcoin as it intersects with traditional currency.

Treating Your Bitcoin as an Investment

Because Bitcoin trading can produce large swings in the dollar equivalent of one Bitcoin, you should never convert money you can't afford to lose into Bitcoin. While some people have profited handsomely by holding onto Bitcoin and watching its value go up, others have lost substantial sums. People who used a Bitcoin exchange called Mt. Gox recently watched the value of their bitcoin essentially disappear overnight when a software glitch allowed criminals to dupe the exchange. Whether these people will ever get any of it back is not yet known.

Choosing your Bitcoin wallet provider carefully can help you be confident that your investment will only be subject to the inherent volatility of Bitcoin, and won't become the object of fraud. Coinbase has a strong reputation as a solid exchange for people who want to buy or sell Bitcoin.

Now that Mint allows bitcoin users to track their Coinbase transactions, consumers can easily view their Bitcoin wallet balance alongside their regular banking, investment, and credit card accounts. The app automatically converts the Bitcoin account balance to its current equivalent in US dollars so that Bitcoin owners know how much their wallet is worth at any time.

Bitcoin is far enough into the mainstream that everyday consumers are starting to use it in an increasing number of transactions. Keeping track of Bitcoin transactions is just as important as keeping track of traditional money transactions. People who use a sound, proven finance tracker like Mint.com and a respected Bitcoin platform like Coinbase can now do that conveniently and easily.