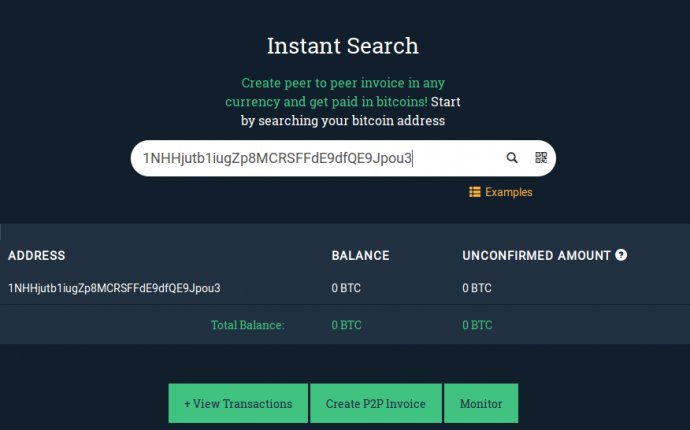 Get Paid in Bitcoins

When I first started writing for CoinDesk, all my friends made the same joke: you aren't going to get paid in bitcoins, are you?

I assured all concerned parties that I would work for nothing but US dollars. I made sure to get that in writing.

But the more I learn about bitcoin, the more I realize that getting paid in the cryptocurrency would not be as scary as I feared.

There aren't many people in the world right now who collect all or part of their regular salary in bitcoins, but those who do overwhelmingly report being satisfied with the set-up.

Of course, they're a self-selected group - most of them work for bitcoin-related organizations. Still, it's interesting to learn how little inconvenience and uncertainty is being reported by the select few who collect their pay in bitcoins.

Bitcoin earners handle their digital paychecks in different ways. One method is the "immediate cash-out, " practiced by Lindsay Holland, assistant director of the Bitcoin Foundation. Like all the foundation's employees, Holland receives her entire salary in the currency.

"I hold a certain percent of my bitcoin and sell the rest. I try to do that on a regular basis, " Holland said.

Other employees strive to spend as much as their salary as possible in its original bitcoin state. San Francisco bitcoin wallet company CoinBase pays all six of its employees entirely in bitcoins, and employee Olaf Carlson-Wee says: "I try to stay within the bitcoin economy as much as possible."

That means paying his rent in bitcoins. He rents a bedroom in a fellow bitcoin enthusiast's apartment, and the rent is a fixed dollar amount, paid in bitcoins at the current exchange rate. Other ways he spends his salary include online shopping from sites that take bitcoins and reimbursing friends for dinners out.

"I'll usually have one of them pay for my portion of the meal with a credit card or cash, and I'll send them bitcoin. I've got them all set up with it, " Carlson-Wee said.

When workers get paid in bitcoins, sometimes businesses in the neighborhood start accepting the currency.

John Stahl, communications assistant at the Bitcoin Foundation, recently convinced a Seattle food truck he frequents to sign up with a bitcoin processing service.

"I look forward to when I can pay for my grilled cheese with bitcoin there, " Stahl said.

In San Francisco's Richmond District, the same effect led a Japanese restaurant to begin accepting bitcoins. In April, about one third of the employees of The Internet Archive, the non-profit digital library, began taking some of their pay in bitcoins.

Soon Internet Archive employees had talked the management of Sake Zone, which is very near their office, into accepting bitcoin for lunch. The Archive even set up a wi-fi repeater to get the restaurant the Internet connection it needed to make online bitcoin transactions, said founder Brewster Kahle.

For the Internet Archive, paying staff in bitcoins was a way to use some of the 922 bitcoin donations the organization has received since 2011 in a manner consistent with the spirit of the donations.

"I think of bitcoin as the local currency of the Internet. As a local curency it reinforces the community we're trying to build, " Kahle said.

Internet Archive employees also have the option of changing some of their bitcoins for dollars on the spot in an honor box that Kahle maintains in the office. It's just a cash box and a computer; employees can deposit bitcoins into a digital wallet and help themselves to dollars, or vice versa.

For employers, paying salaries in bitcoins takes some figuring out. All the organizations who pay in bitcoins set their workers' salaries in dollars, so that the dollar amount they get each pay period does not fluctuate with the price of bitcoin.

It's also important for companies to record the dollar value of the bitcoins paid, so they can accurately calculate social security, taxes and other withholdings.

Employees who get paid in bitcoins need to give some extra thought to their own tax reporting as well. Most of the employees in this story have been paid in bitcoins for less than a year, and have not yet filed their tax returns on bitcoin pay periods. But Holland, of the Bitcoin Foundation, was paid in bitcoins in 2012, so she's been through the process already.

While reporting her salary based on the dollar value at the time she was paid is relatively straightforward, things can get more complicated when the bitcoin value changes before bitcoins are traded for dollars.

"If I received my bitcoin on September 1 and it's worth $10, but then I sell it at $20, the initial $10 is (subject to) payroll tax, but then the additional $10 would be considered a capital gain, from the advice that I received, " Holland said.

@RenukaJain6 @mahendra3 @EconomicTimes BITCOIN is part of George Soros plan to make it single global currency. its only growing.

@d_seaman Does George Soros really have his fingerprints on Bitcoin?