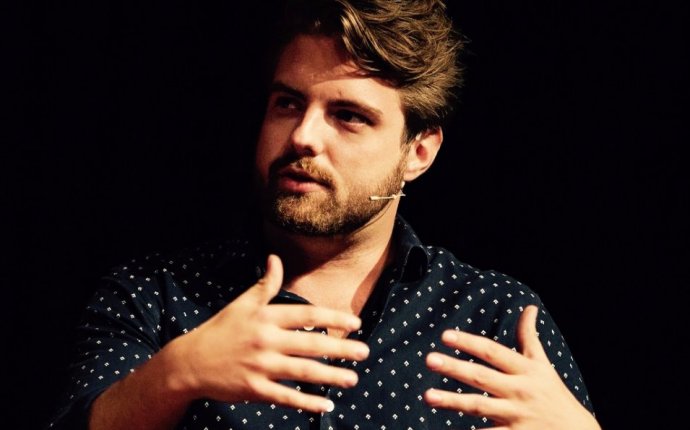 Blockchain CEO and cofounder Peter Smith.BlockchainThe world's biggest bitcoin wallet provider will "pretty easily" have its biggest ever month for activity in November, following a surge in use after Donald Trump's shock election victory in the US.

Peter Smith, the cofounder and CEO of London-based Blockchain, told Business Insider: "We're setting a new record pretty much every day since the election in terms of activity on the platform.

"People are basically hedging against economic instability. It's a worrying time to be holding a lot of British pound or if you're America — people flee to safe haven assets. Bitcoin is one of those."

The price of digital cryptocurrency bitcoin spiking last week after it became clear that Donald Trump had beaten Hillary Clinton to become the 45th President of the United States, a huge upset.

Blockchain employs around 25 people in London but also has offices in Luxembourg and New York. The company is the world's biggest provider of digital wallets for bitcoin, with over 50% market share, and processes over 150, 000 transactions a day on average. It has raised over $30 million (£23.9 million) to date.

Smith declined to give specific numbers on activity, but says: "It'll be the first month where millions and millions of people use us, " adding that the day the election result was announced "was the biggest single day increase we've seen in the last year."

Smith was talking to BI for the launch of a new feature on Blockchain's platform that allows customers to buy and sell bitcoins from within its wallets.

He says: "One of the things that's been different about our product for a long time is you're not depositing your bitcoin with us, you're just getting the infrastructure that lets you manage your own private key. The trade off there historically has been if you have a wallet like that you can't buy and sell the bitcoin from that wallet.

"What's more exciting from an industry perspective is at the moment if you buy bitcoin, it's kind of like a 2 to 3 day experience. You buy them and 2-5 days later you actually get them. It's a little weird. What's really exciting about this product if you get the bitcoin instantly, you pay for them and about 5-6 minutes later you get them."

Smith says he was not tempted to launch the new feature in the US instead of the UK, given the surge in activity there. He says: "We want to go UK first because it's our home market. It's easiest to manage. The other thing is this isn't going to be over in a week. This is going to drag on for a while."

Smith says he expects the new feature to lead to a "big uptick" in activity on the platform. Coinify Co-Founder and CEO Mark Højgaard says in a press release announcing the new features: "With Blockchain’s dominant position in the cryptocurrency wallet market, I believe this will be a real game changer.”